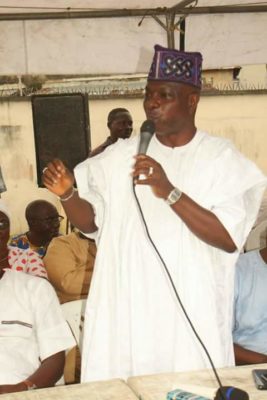 As 2019 general election approaches, the All Progressive Party (APC) stakeholders in Isolo Local Council Development Area (LCDA) have come together to iron out the issues affecting the party within the community.

It would be recalled that the party lost some elective posts to the opposition party in 2015 in Oshodi-Isolo constituency due to due to internal crisis within the party.

Again, there was disagreement among the party members over the ward/LG congresses held across the local council area on the 5th and 12th May 2018.

In order to find lasting solution to the lingering crisis, the Chairman of Isolo LCDA, Hon. Shamsudeen Olaleye, has engaged other stakeholders and elders in a Local Government meeting of the All Progressives Congress (Itesiwaju), held at the St. Paul Anglican Primary School, Ishagatedo, Isolo recently.

Addressing people at the meeting, Olaleye noted that it was necessary to resolve issues before the 2019 general elections.

He said that the national party members have waded into the crisis in Isolo, stating that the National Leader of the Party, Asiwaju Bola Ahmed Tinubu, has admonished them to settle the crisis amicably. 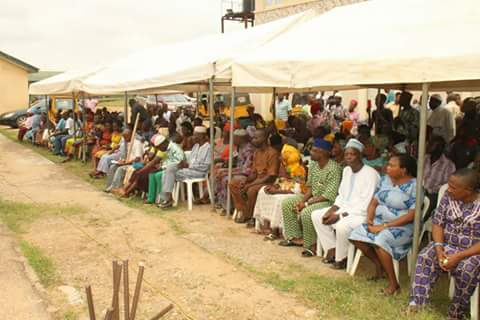 Olaleye said, “We are not happy over current situations here in Isolo. Our National Leader, Asiwaju Bola Ahmed Tinubu advised that we should all sit at a round table and harmonize list of party excos, letters were sent out to them but they refused to attend. Instead, they relied on state powers to trample on the collective will of party members. But unknown to them will not allow the strong to oppress the weak.”

The council boss, who noted that the crisis was caused by some factions who believed to be superior to others and always be in control of party’s affairs, enjoined all and sundry to keep faith with the struggle to ‘fight evil’ with their strength, saying “an array of lights lie await at the end of the tunnel.”

He added, “The state is aware of the current situation here in Isolo and we have received strong assurance from the party hierarchy that this matter would soon be resolved.”

The council boss thanked party faithful for attending the minute despite the short notice, noting that the large crowd was a testament of their resolve to resist illegality.

The leaders took their turn to address party members on the current state of affairs of the party in Isolo, condemning the autocratic tendencies of some leaders using superior powers to subvert equity, internal democracy and justice at the ward and local government levels.

Many of the leaders recalled with fond memories how congresses were amicably resolved in the past with all shades of interests taken care of ahead of elections. According to them, this had effectively worked for the party until now that a particular group is attempting to dominate others.