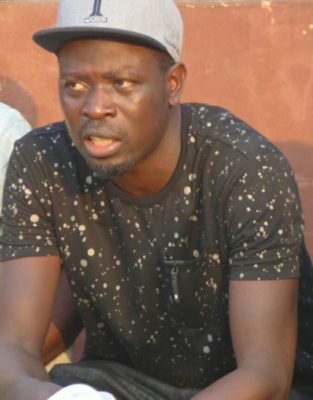 Akintunde, the convener of the soccer competition, stated that he is at a state of elation as the competition gets to the Quarter-finals with no unscrupulous act recorded and no injuries sustained by any of the players.

The soccer philanthropist said that the Ate Football Championship, going on at Ile-Iwe Metta football pitch, LSDPC Estate, Isolo has not experienced football fans engage in squabble or physical fight which is an unwanted scenario in football.

“The tournament is progressing, and I am excited about the hitch free competition. We started this competition four weeks ago and there was no report that player sustained any injury at the Ate’s Cup. I am very grateful about that.”

Due to the positive development, Akintunde diffused that he expected more football fans to come out in large numbers to watch the Round 8 fixtures which started on Wednesday.

“I want to use this medium to call on football fans to come out in large number to watch the quarter final matches starting from Wednesday,” he said.

“In the quarter final pairings released on Monday, Power FC would lock horns with Oloke FC on Wednesday, while Son FC clash with Banson FC the same day.

“On Thursday, Adetutu FC would tackle Oyoyo FC while the round would be brought to a close on Friday with a mouth-watering tie between JBoy FC and Basitoy FC.”