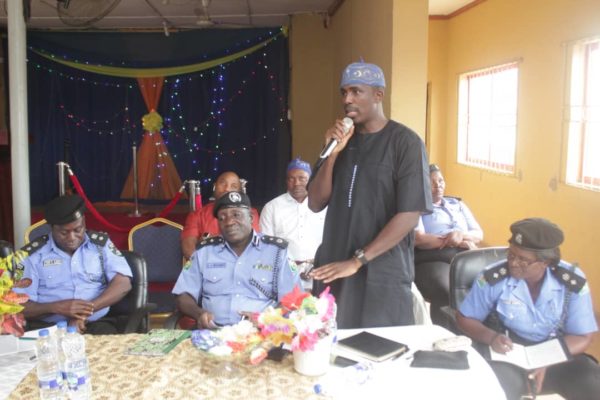 At the meeting, they identified some security challenges that are prevalent to which lasting solutions were sought with swift measures through agreement reached during the lengthy deliberation.

On the bedrock of peace and growth, the community spoke in one voice irrespective of political divides, ethnic cleavage and religious affinity for the realization of growth and development in their co-existence.

They also noted that effective community policing and protection of lives and property involve the support of inhabitants with proactive security watch to achieve a crime free society.

The presence of Ariyoh and Mohammed was well appreciated in their midst to have dialogue with them on issues affecting their community as well as other top rank police force and the Royal father, Baale of Shogunle, Alhaji Ajisegiri.

Shogunle CDAs, religious leaders, Artisan, market leaders, chiefs and youths affirmed their love for the community and promised to always sacrifice their time to discuss issues militating against their harmonious living.