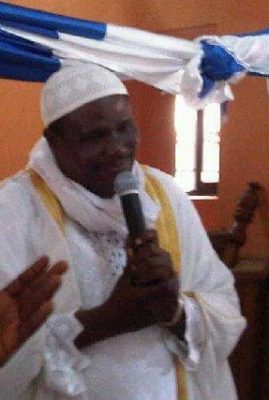 The remains of the founder and Missioner of Garislam Mission, Shehu Abdulgafar Noibi will be lowered into mother earth by afternoon of Saturday.

The event is a landmark in the history of the 23 year old mission founded to propagate Islamic piety.

Shehu Noibi breathed his last at the Lagos State Teaching Hospital late evening on Friday in a sad end to a battle with illness.

Respected among Islamic leaders for his gentle and peaceful style,   he was a key supporter of peaceful co-existence among religious groups.

Sources said he started the study of the Islamic holy book – Quran early and performed the Hajj rites for the first time in 1981.

He was known to celebrate his birth in October every year and used the occasion to address his multitude of adherents on the need to walk in the path of the Islamic faith.

A lover of education, Shehu Noibi is the proprietor of Baytulrahman Nursery Primary and College with locations in Ijedodo and Ejigbo.

A very independent and contented cleric, Shehu Noibi is believed to have investments in oil and gas including AlGafar Oil and Gas which runs a filling station.

In his condolence message, the Lagos State Commissioner for Information and Strategy, Mr. Kehinde Bamigbetan wrote: “I received the news of the transition of Shehu Gafar Noibi ,  the Missioner of Garislam with pain. He was my friend and my sympathiser. He supported my mission in politics and guided me religiously during my campaigns.  He never wavered during my trials and he was happy to share in the glory of our achievements.

Shehu and I built a relationship that was very confidential and respectable. I shall miss him. May his soul rest in peace!”