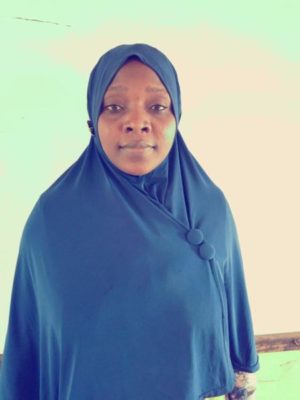 A business expert, Mrs. Shakirah Adeleke has disclosed that selling on credit especially to the earners is one of the major factors that kill most businesses in Nigeria particularly the buying and selling business.

She analysed the risks inherent in Small and Medium Enterprises especially the buying and selling business, saying there are some factors that could sustain the business if strictly followed.

According to the CEO of SifaMuiz Business Ventures, the most common entrepreneurial task that people easily take up is buying and selling simply because it’s relatively cheap to start and it requires less or no skill.

“She said depending on the type of products an entrepreneur wishes to deal in, one can start the business with as low as N5000.

“If you’re so smart and determined, you’ll multiply this in few days or better still, you’ll never be left broken. Isn’t this better than begging?

“However, buying and selling poses more risk than any other business venture. This is simply because you can’t resist selling on credits especially if you’re selling to salary earners. Most often than not, many of these salary earners buy more than their salaries can cater for. They buy from everyone that brings goods to them and when month ends, they only pay the sellers that show up first, others are to be differed. And, if care is not taken, you’ll have records of bad debts written off.

“Sometimes, when you count your debts outside, you won’t want to run out of business and so, you’ll have to stock up your shop with other funds probably some contributions that you do. Then, you’ll be returning such back as the previous debts are being paid. Bad business!

“Some other times, you buy goods with a few to selling them at a profitable price but, the prices of goods drop and as such, you incur loss.”

However, she maintained that business venture could only survive when the business owner is ready to take risk.

“To take risk, you must be ready to embrace both failure and success. That you failed today doesn’t make you a failure, it only presents you a foresight and makes you an expert. Whether small or large scale, a business owner must in the course of taking risk, learn to control the risks so as to sustain the business.

“To sustain the business, you must learn to say no to credit buying; create a financial plan B for your business and expand the tentacles of your business.

“Generally, when it comes to buying and selling, you cannot do away with selling on credit. It is even worse when you are selling to salary earners who most often than not, buy more than their salary can cater for. And, at the end of the month, they only pay sellers that show up first and others are to be differed.

“Meanwhile, you can curb this by learning to say no to some of them diplomatically though, because they can still be good customers.”