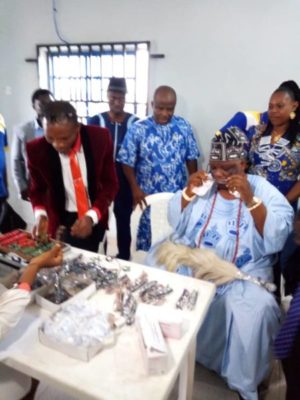 As part of its annual programme through which it gives back to the society, the Rotary Club, Isolo chapter, has renovated the Lagos State Polytechnic (LASPOTECH), Isolo campus in order to upgrade the healthcare of the students.

During the commissioning of the project, the Club also donated medical equipment such as wheel chair, first aid box, blood pressure machines, stethoscopes and digital thermometer as 20 people benefited from other empowerment materials such as grinding machines.

Appreciating the gesture, the Deputy Director, Health Services, LASPOTECH, Dr. Funsho Babawale expressed his surprise at the medical donation which he said was timely and much appreciated. 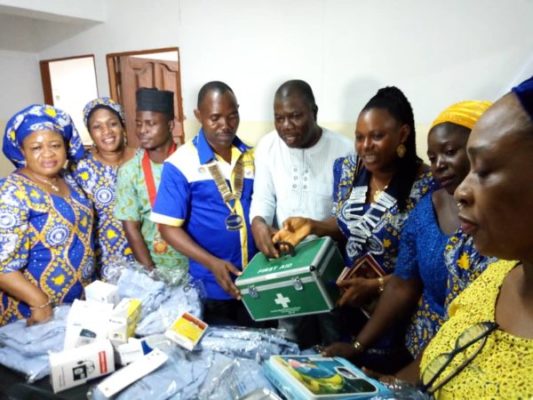 He commented, “It was a surprise to us! Rotary Club, Isolo and Inner Wheel members really surprised us with the medical donations. They had earlier renovated the students’ toilet, fixed mosquito nets in the clinic and today, to our utmost surprise, they brought a lot of medical equipment which include wheelchair, bed spreads, blood pressure measuring instrument, fully-loaded first aid box and many more. They were wonderful donations because these are some of the things we actually needed to take care of our students. We quite appreciate this gesture,” he said. 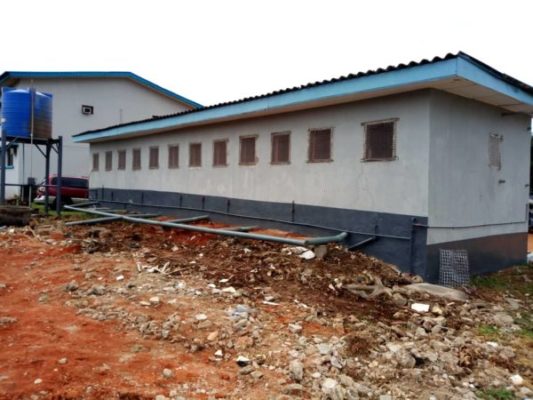 Speaking further, Babawale explained that the equipment which was brought at the right time would be used to improve health facilities the students enjoy in the clinic.

“We are going to use it to improve the health care facilities we give to the students. It’s not that we don’t have this equipment before now but they will definitely complement the ones we have. The donation is timely especially, the thermometer, we don’t have to touch the automatic anymore. 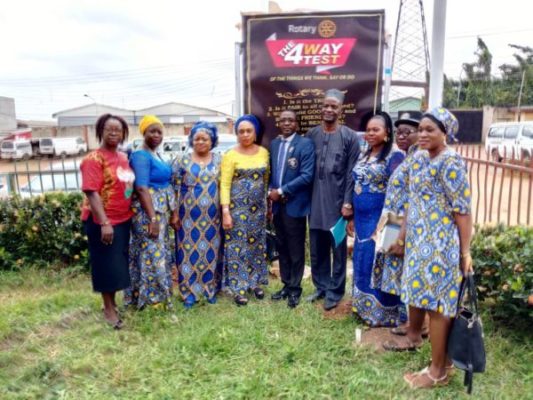 “Actually, we just lodged the request to the management but, Rotary Club and Inner Wheel members of Isolo were quicker in action. We appreciate them so much. We will write formally to them to express our appreciation. We will inform the management at Ikorodu and also, we’ll let the Rector know about this. We really appreciate their wonderful gestures,” he concluded. 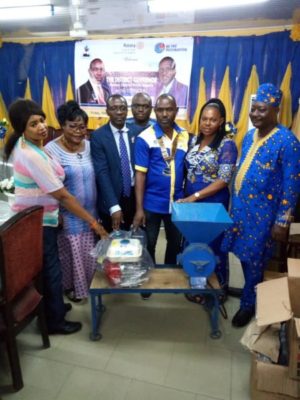 The Director of School of Part-Time studies Regular, Mrs. Adeola Banjo, who was full of appreciation for the developments in the school, made it known that the students would be surprised to see such turnaround by the time they come on campus over the weekend.

One of the beneficiaries who got a wheelchair to aid her mobility, Mrs. Omolara Oladele was quoted as saying, “I’ve been anticipating for this programme. I am grateful to God, thank you so much Rotary Club of Isolo.”

Another beneficiary, Mrs. Akudo Chukwukere also expressed her gratitude in few words by saying, I am really grateful for this, thank you for your effort. Indeed the grinding machine will enhance my business. God bless Rotary Club, Isolo.”

The day-long exercise which kick started with the official unveiling of the 4-way-test sign post erected in the council secretariat by the District Governor of the Club, Rotarian Kola Shodipo, in the cheerful presence of Rotary Club members of Isolo led by the President, Rotarian Daodu Adebayo.

According to him, the 4-way-test sign post which is one of the guiding principles of the Club, as he claimed, would prick the conscience of whoever comes for any form of transaction in the premises.

“The four-way-test sign post is one of the principles of Rotary Club. If we observe these guiding principles which are embedded In the four-way-test, there won’t be conflict, even if there is conflict, it will be resolved without any form of violence.” 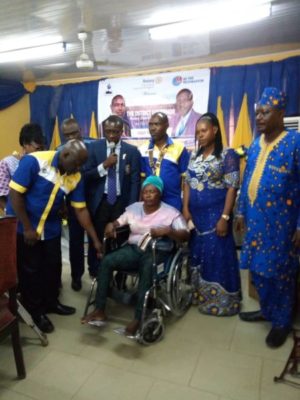 Meanwhile, the Club sought support and cooperation of the Traditional ruler, the Osolo of Isolo, HRM. Oba Kabiru Agbabiaka on its proposed communal programs slated to hold later this year as it unveiled another four-way-test sign pasted at the entrance of the palace.

The official unveiling was done by the mo arch.

Meanwhile, corrective eye glasses were given to the king and his chiefs: Baale of ilasamaja, His Highness Alani Abereijo and Baale of Oke Ogbere who partook in the community health check in which many other community members also benefitted.

The health check included eye test and distribution of eye glasses, deworming of children and adults, hepatitis campaign and others.