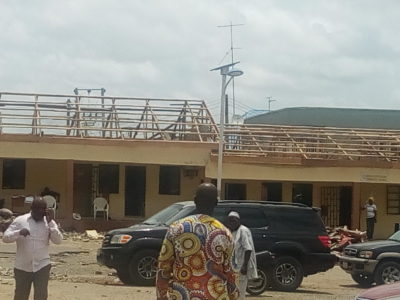 The Oshodi-Isolo Local Government Area and its twin offspring – Isolo and Ejigbo Local Council Development Areas (LCDAs) have been putting resources together in preparation ahead the tour of the local councils by the Lagos State Governor, Akinwunmi Ambode, scheduled for Thursday this week, the 19th of April, 2018.

For instance, there is ongoing renovation of administrative blocks at Isolo LCDA as the council authority ordered the changing of the roofs of those blocks as well as furnishing the blocks with necessary equipment.

Similar preparations were observed at Oshodi LG and Ejigbo LCDA. 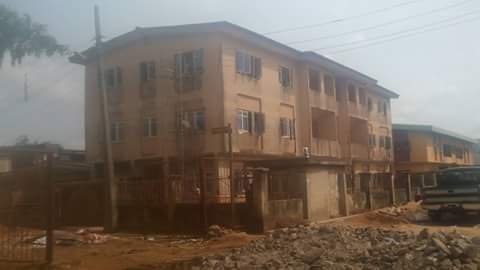 During the governor’s visitation, each local government has been demanded to present at least two capital projects to indicate their progressive works in their various communities.

In Ejigbo, the local authority has declared its readiness to present about five capital projects including roads which have been completely rehabilitated and a 3-storey multipurpose hall, a project still ongoing. 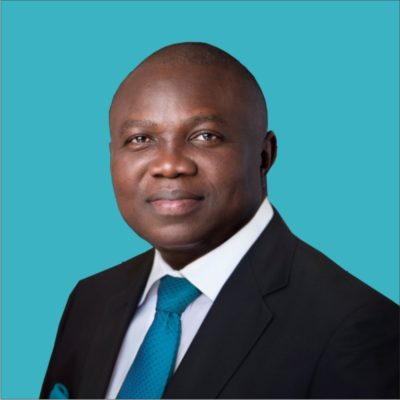 In a chat with Echonews, the Chairman, Ejigbo LCDA, Hon. Monsurudeen Bello, disclosed that his administration has rehabilitated some roads within its 100 days in office. The roads, according to him, include Sheu Tijani road, Kolawole Sebili road and Moshalashi road, which he described as a collapsed road that had crippled the economy of the environment before his coming. 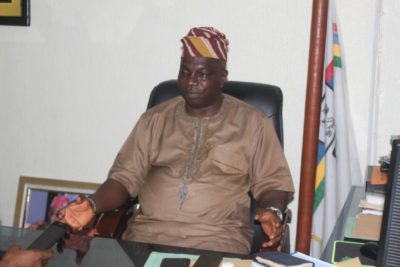 “When I was coming onboard, I swore mandate in my campaign, I made promises about developmental projects including road network and I listed Moshalashi road, I listed Sheu Tijani, I listed Kolawole Sebili and I put those realizable dates.

“I promised that within our 100 days in office we would revive Moshalashi road, Moshalashi, of course, was a collapsed road. That short network of Moshalashi had crippled economy of this community, because the road network of that area in particular, connects Idimu road, Coker, allows people to exit from Ejigbo through canoe and to enter Ejigbo through canoe. It had crippled the economy of that environment. To the glory of God, we revived the road within 43 days of our resumption.”

Bello added that his administration has also secured a 3-storey multipurpose hall for the use of artisans and other events by any other organization and individuals. 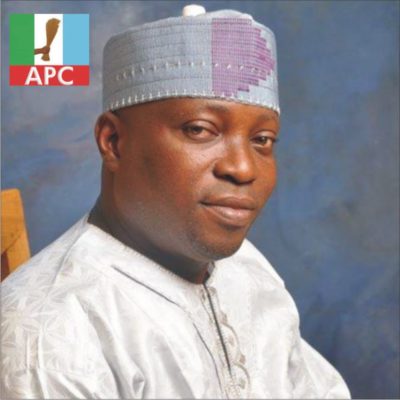 According to him, the hall, which is still under renovation, would serve multipurpose – as a source of income to the government, as recreation center, as a center of ceremony as well as a place where associations and organizations could hold their meeting, adding that the building has about 19 halls to accommodate 19 different associations having their meetings simultaneously.

“For the artisans, we promised to have a multipurpose hall in which about 19 associations can hold their meeting at the same time, to the glory of God, we have secured a 3-storey building still under renovation. We can also have events in that building. It is a matter of applying to the government; pay a token to use the hall,” he explained.

In the education sector, the local council boss boasted that his administration had completely renovated a primary school at Ilamoshe to the standard of modern educational policy with modern facilities, all within 100 days in office.

He declared, “Those are the promises we made and fulfilled as contained in our manifesto. And those are what the governor of Lagos state is coming to commission on the 19th of this month.

“Of course there are still other promises that we have not been able to achieve, that might be due to paucity of fund and other challenges on the road construction posed by rainy season because it is not wise to construct road during the rain.

“But by December, we should be able to quickly do other roads as promised. Within the second and half years of our tenure, we should have at least covered 80 per cent of our promises made for the elections.

In Isolo LCDA, preparation began within the council as some administrative block were subjected to renovation although, the council Chairman, Hon. Shamsudeen Aboidun Olaleye, maintained that the LCDA has never ceased to work on daily basis.

Despite being caught unaware as Olaleye claimed that many of the local governments’ chairmen were not notified earlier enough of the governor’s visit and projects inspection, Isolo LCDA is always on alert to present quite a number of projects.

According to him, since the council is always at work, it would not have any excuse to showcase as many projects as the state government wants.

He added that he was sure that his colleague in Ejigbo LCDA and OShodi-Isolo Local government would also not be wanting of standard projects to present.

“We have in our list five standard roads. And I’m sure my colleagues at Ejigbo and Oshodi equally have sizable numbers of projects to present. I’m sure it is not possible for the governor to touch all the sites of the projects.

“For us, we have projects in the area of infrastructure. For instance, we have provided a 500KV transformer for a community at Okota. We have two standard roads to be commissioned. In the area of education, we have school bus for the use of school children. We also have bursary awards to give. All these are among the projects we will showcase and present to the governor.”

Meanwhile, the local council boss, who appreciated the effort of the governor geared towards developing the grassroots, promised to make all efforts to make sure that the governor’s second term bid is achieved in his local council.

“We want to use the opportunity of the governor’s visit to appreciate his supports to our local council in term of infrastructural development, and to declare our total support for his second term bid. We assure him that come 2019, Isolo LCDA, Ejigbo LCDA and Oshodi-Isolo local government will deliver massively to bring him back to government.”