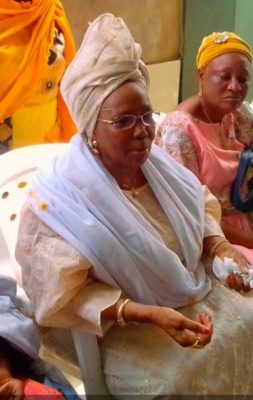 The primary aim of the group is to mobilise support for Babajide Sanwo-Olu and all other APC candidates contesting in Oshodi-Isolo in the 2019 general election.

Speaking during the inauguration of the group at Sehinde Callisto Crescent, Oshodi, Ariyoh said the experience of the party in 2015 general election in Oshodi necessitated the unity and joint efforts towards the success of all the party’s candidates.

She however stated that the group would work in tandem with APC campaign terms across the wards of the LG to complement the party’s efforts but not in rivalry.

The Party State Auditor, Elder Ariyibi, who commended Ariyoh on the move, urged all aggrieved members to embrace the reconciliatory moves of the party and work together for total victory for APC in Oshodi-Isolo in 2019.