Police officer brutalized while trying to arrest suspects in Ejigbo 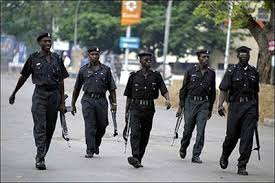 A Police Sergeant attached to Ejigbo Division, Edward Salami, has been taken to the hospital after he received serious beating and biting from six suspects he had attempted to arrest at a joint in the community.

It was gathered that the gang was having drinks at the joint at Pipeline Junction, Ejigbo where the victim invaded to perform his official duty.

On getting to the spot, Salami tried to arrest the gang for breaching public peace but later got pummeled which resulted to severe injuries on him as some of the suspects bit him and poured drinks on him.

Salami went to the station where some of his colleagues mobilized themselves and made way to the joint.

The officers arrested one of them while others forced their escape.

The caught suspect, Abeeb Ola, was arraigned before the Ejigbo Magistrate Court for assault.

The prosecutor, Supol Kenneth Asibor, informed the court that the victim, a police sergeant, was performing his lawful duty before he was attacked by the suspects.

The Presiding Magistrate, Teslimi Shomade, granted Ola bail in the sum of N50,000 with one surety in like sum.

He was remanded in prison custody pending when he would be able to perfect his bail condition.

The matter was adjourned till 9th January 2019.