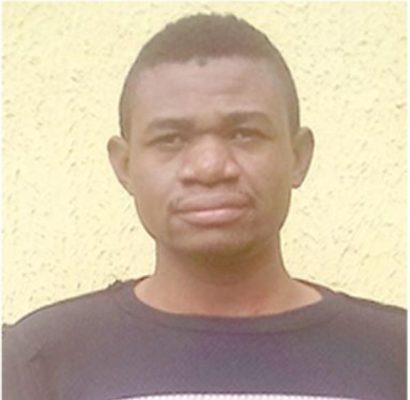 Oluchukwu Ezeje, the 39-year-old suspect, was said to be working for the police as an informant but later joined a gang of armed robbers, an act he indulged in for “greener pastures”, according to him.

Reports stated that Ezeje and his gang members would converge on a hotel in Ejigbo before setting out for their alleged criminal activities, after which they would vandalise cars in midnight hours, then resell the stolen brain boxes to a buyer in Jakande Estate, Ejigbo.

The suspect said that he was into buying and selling of used clothes before he started working with the police as informant.

According to him, he later joined a gang of robbers who specialised in vandalising cars and removing their brain boxes.

He said, “It was a friend called Kabiru that I met at a club who introduced me to the stealing of car brain boxes. I have participated in two operations. It was the second outing that I was arrested at Ayobo area where we went to remove a brain box. But my friends that I went with escaped from being arrested.

“Immediately the policemen saw my friends where they were removing the brain box in a car parked on the roadside and I sighted them, because I was the one driving the car, I quickly called their attention to it and asked them to come into the car and we escaped.

“Unfortunately, the car fell inside a ditch and my car was seriously damaged. I went to Ayobo police station to make a report. The Divisional Police Officer said I should be detained and told me I was part of those who vandalised a car parked in the community and advised me to open up.

“When I noticed I have nothing to hide again, I decided to tell the DPO the truth. I was then transferred to the FSARS office at Ikeja for further investigation.”

He continued, “I am a serious police informant; it was greediness and the pursuit of greener pastures that led me into robbery. Through the fairly used clothes I am selling I was able to know some of the bad boys. I always heard them discuss their robbery operations and their locations whenever I am with them. Through that I would immediately call the police to get ready. With that, the majority of the robbers had been arrested and prosecuted.”

Ezeje disclosed that whenever he gave information to police about robbery operation, they would pay him for the information.

“Those my friends usually sell the stolen brain box for N40,000, while the car button goes for N30,000. The first operation I went with them, I was given N40,000 but the second was when I was arrested by the police.”