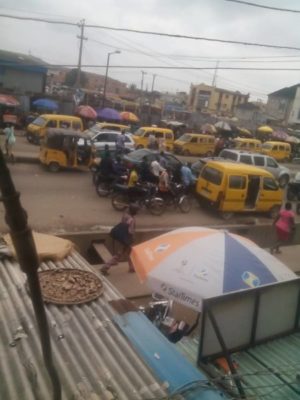 The police inactivity has been identified as the major factor contributing to the incessant traffic jam that always occurs at Jakande Gate and Canoe road, towards Ajao Estate as the traffic wardens and officials of Lagos State Transport Management Agent (LASTMA) posted to the areas were accused of abandoning their duties for inducement (illegal money collection) from motorists. 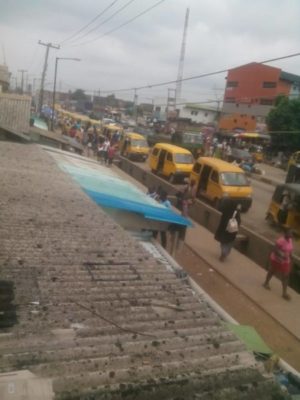 It is observed that despite the presence of traffic agents and traffic light at these points, the commuters still spend hours in traffic jam while going in the morning and coming back in the evening from their working places.

Deplorable condition of the road and the indolence of traffic agents are observed to be the major factors causing daily hectic traffic jam on canoe road alomost every hour of the day.

Echonews discovered that illegal parking by commercial tricycle and motorcycle popularly known as Okada at the entrance of Ajao Estate has also contributed to the traffic jam problem in the area. 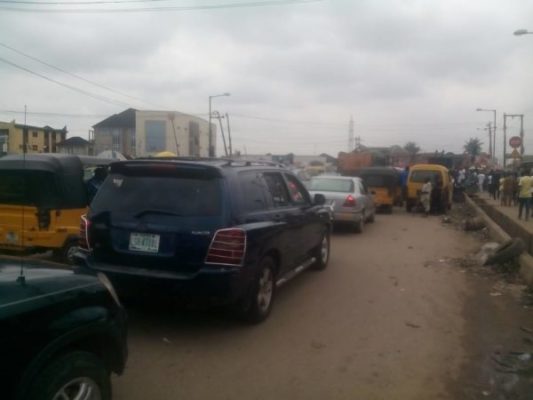 Our correspondent, who was at the scene, noted that there is no enforcement of traffic law on those drivers, as majority of commercial bus drivers stop at will on the road to pick passengers.

This same practice was observed at the areas where commuters spend hours in the traffic jam throughout the day as the situation occurs every time of the day.

The commuters have also complained about the deplorable condition of the roads, claiming that it remained another major challenge to the road users. 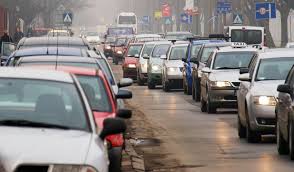 Although the residents of Jakande Estate commended the chairman of Ejigbo Local Council Development Area (LCDA), Hon. Monsurudeen Bello, for his prompt response to a call on Saturday, to fill the potholes at Jakande Gate with stonebase, they believed that the road needs more government’s attention beyond occasional filling of the potholes.

A resident of the area, Kayode Gbelesola, who spoke with Echonews said they had been promised of proper repair of the road by the government for a long time but nothing tangible has not yet been done on the road.

He believed that the traffic challenge in the areas might not be tackled until proper reconstruction of the road is done.

Another resident, the Leader of the Estate Youth Parliament, Yusuff Adefemi Adeyemi emphasized that the inability of the traffic agents to control the commercial drivers remained the major factor to the daily traffic challenge faced in the areas.

According to him, if the police and the LASTMA officials are up and doing, the challenges would be mitigated.

He said, “The major cause of the hold up here is is the commercial drivers that park their buses on the road linking in and out of the Estate, the same thing at Canoe road. They have really turned the place to their parking space which wasn’t like that before. Also, the constant act of these bus drivers to stop at the Estate gate to pick passengers constitute major problem and that is why hold up never cease here at any point in time.

“Again, the presence of traders at the Estate entrance is another major factor as they always congest the entrance, leaving no space for the motorists. They have been causing even pedestrian hold up. 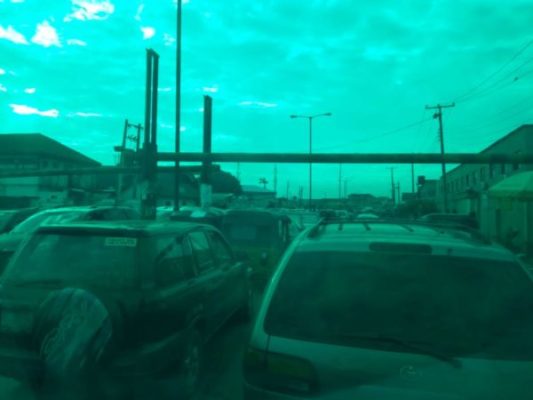 “We call on the government to help look into the issues of motorists parking wrongly on the road, and the traders causing problem unnecessarily.

“The traders should either be stopped by the government or they should be provided another space to make their business transactions.

“Then the commercial motorists as well as private cars should be banned from parking on the road for easy passage of moving vehicles, while the police and LASTMA also need to enforce the law squarely without taking bribe.

“If these are done, then we will be a bit free from the daily traffic we face here.”