Stealing is stealing the show among crimes logged at the nine divisional police stations in Oshodi, Isolo and Ejigbo going by information provided on the crime trends in June and July this year.

Police sources said stealing was the most recorded crime committed in the last two months, accounting for about 67 per cent of criminal activities. 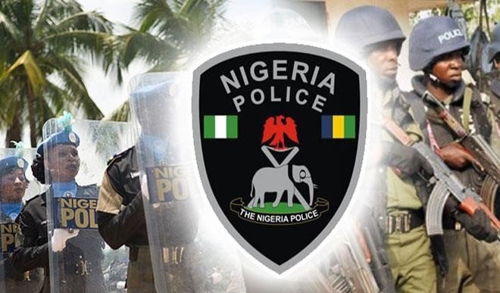 Other criminal activities aside stealing and armed robbery which were committed in the community as gathered by ECHONEWS were breach of peace, cultism, fighting, murder and kidnapping as well as drug abuse.

For keeping the crime level low police officers and similar security outfits are thumping their chests for job well done.

According to the Police Prosecutor, Isolo Magistrate Court, Inspector Oje Uagbale, there is usually increase in crime rate in the ember month compared to the first three months of the year, adding that stealing is the common misconduct unlike kidnapping which is hardly recorded or brought to the court.

The Divisional Police Officer (DPO), Makinde Police Station, Mafoluku Oshodi, CSP Chinedu Chimereze noted that criminal acts such as cultism, murder and kidnaping have reduced to an extent in Oshodi.

His words: “Due to our security strength we’ve been able to curb cultism as a major criminal act in Oshodi since my assumption of office as the DPO of Makinde police station.

“Drug abuse especially marijuana which is now common among the youths is dying down too as Makinde police now works hand in hand with the Nigerian Drug and Law Enforcement Agent (NDLEA) and some NGOs for absolute drug free society by watching out for avenues where such is happening so as to investigate the source of the drug and how it was gotten with adequate laws documented for such act.”

He said the police were working hard to tame stealing and armed robbery with the new strategies they were devising.

Also speaking with ECHONEWS, the DPO, Ejigbo Police Station, CSP Olabisi Okuwobi said the police have been working tirelessly to ensure a peaceful community in Ejigbo by curbing crimes ravaging the land such as cultism and burglary.

The tide has turned against criminals since the police in Lagos revised strategy two years ago by adopting community policing to weed out criminals in collaboration with vigilante and other security outfits.

A vigilante leader in Ejigbo, Mr. Gbenga Agunbiade aka Soloko, who said he worked with the police, confirmed that the synergy of both the police and the other security agents has helped in taming some crimes in Ejigbo such as the menace of cultists.

The Corps Office, Lagos Neighbourhood Security Corps (LNSC), Ejigbo Division, Me Adeoye Taiwo also said the criminal activities in Ejigbo particularly cultist activities have been minimized due co-operation between the Corps and the Police.

He noted that with the police support, they have been able to stop a group called NO CASE BOYS in Ejigbo, since their leader has been arrested and imprisoned, the group is no longer in operation.