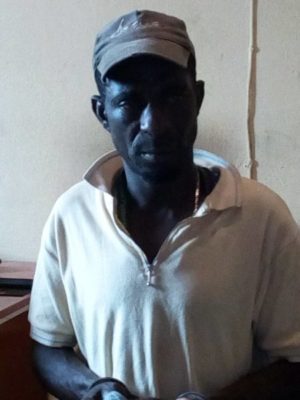 The accused was said to have committed the crime in a shop he was given to paint on the 10th of December 2017 and has since run away.

He was however nabbed this month November 2018 by the policemen attached to Makinde Police Station, Mafoluku Oshodi.

An arrest warrant was issued on him and the community ensured a great deal of effort to see the perpetrator behind the bars.

Presently, Mukaila is in the custody of Makinde police station, Oshodi pending the time his case would be addressed by the court after much investigation.