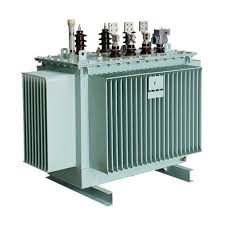 Following the clamour for new transformer by the residents of Akinbaiye community in Isolo Local Council Development Area (LCDA), the Manager Isolo IKEDC Undertaking Office, Engr. Eric Okoro has declared that the community would not get electricity if it doesn’t pay up its debt of N3,517,906, saying the transformer could only be replaced when the debt is settled.

He explained that one of his first meetings upon assumption of office on Monday, July 8, 2019, was with the stakeholders of the community over their failure to get electricity since November 17, 2019.

He claimed that the situation of the total darkness in the community was caused and worsened by the residents as they refused to meet up with the least required payment of their outstanding debt.

Reacting to the claim of the Public Relations Officer (PRO) of the community, Mr. Jelil Sulaimon (Cameroon), who lamented that IKEDC has not been helpful in the pursuit of transformer even after 65 per cent of the community residents have contributed the certain amount each, Okoro said it was not true.

He said he often discussed with the Secretary and that the money contributed was not enough for the replacement of transformer.

He said: “The Secretary comes here often and we discuss, as soon as the money is completed, as defined in the policy of the company, we will definitely replace the transformer.”