Our bylaws have been instrumental to devts in Isolo – Council Leader 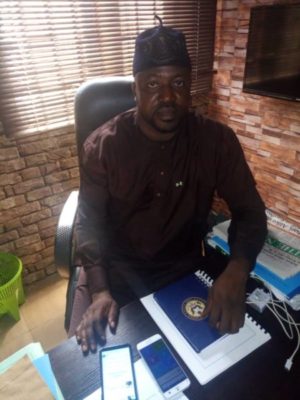 The Isolo LCDA Council Leader, Hon. Remy Shittu Remy, disclosed that the Legislative Arm of the council has made over 30 progressive byelaws in the last one year in office.

In an exclusive interview with Echonews, the House Leader claimed that several communal laws made by the legislators have been instrumental to the progress and development witnessed Isolo LCDA.

He said, “We’ve made tremendous byelaws, but some of them that I can quickly remember now is that we’ve been able to meet with companies to ensure that they give back to their host community in terms of Corporate Social Responsibility (CSR). We have appealed to them to ensure that they employ indigenes, people that live within the community, as much as they can accommodate that’s one of the byelaws we have made for CSR.

“We have made byelaws for special people in order to be given special recognition in public places. They should be given some preferences; where people are queuing up, at the car park and all that.

“We have made byelaws on public work, primary health care, primary education.

“We have equally made byelaw banning student from moving about during school hours and banning children from hawking during school hours, we say no to that because education is compulsory to every student in isolo, they should be given equal right to education, and many more. We’ve made about 30 byelaws and some are imminent.

“Also, another important one is sub-boundary committee, whereby we have had people encroaching on our boundaries; people from the neighbouring LCDAs coming into Isolo LCDA, like we have issue from Amuwo-Odofin whereby people come here to collect tax from people that are building, they have passed their boundary.

“That is why we have set up the sub-boundary committee so that we can know where our boundary ends.

“You know we are being bounded by five LCDAs; Oshodi, Ejigbo, Itire, Amuwo-odofin and Mushin. So, carefully we have been able to do that. We have made so many byelaws, more are still in the process.”

Meanwhile, Remy affirmed that there is cordial relationship between the executive and the legislative arms though the latter has been a check on the former.

“The relationship is very cordial. Although, as usual there will be one or two issues between the executive and the legislatives. So far so good, there had been good relationship between the executive and the legislators in the LCDA. Every one of us, I mean both arms of government have put aside our personal interests and collectively joined efforts to move Isolo LCDA forward. We’ve been working together.”