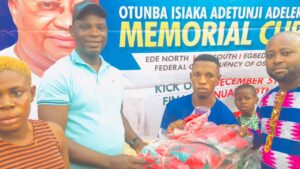 The final of the second edition of the Otunba Isiaka Adetunji Adeleke Memorial Cup is taking shape as Ido-Osun based side, Hammola Int’l FC booked one of the tickets after defeating New United FC of Ejigbo by two goals to nil on Wednesday evening at the Muslim High School Ede Football pitch.

Two beautiful strike from Adekunle Shakiru and Abiodun Tiamiyu gave the Ido-Osun based side the win needed against a strong New United FC side.

The ‘Lee Bombers’ showed class and dexterity right from the start of the game and left no one in doubt in their determination to pick one of the final tickets.

The Egbedore flag bearers will now meet the winners of the Semi-Final clash between Babatunde Eyiowuawi FC (Ede South) and GFCC FC (Ede North) which will come up at the Ido-Osun High School, Ido-Osun on Thursday Evening.

Customary of the sponsor of the annual grassroot football fiesta, Representative Bamidele Salam, presented both Hamola FC Ido-Osun and New United FC Ejigbo with brand new football kits including a set of 20 pieces Footbal Jerseys with same number of Footbal Hose and a pair of Goalkeeper Glove each.

The adoring football kits, being the first layer of prizes for outstanding teams in the tournament, are to be used by the teams in the final and the 3rd place playoffs on Saturday.

Speaking with ECHONEWS, some football stakeholders commended the talented footballers who have been on display so far in the tournament and urge them not to relent in their pursuit of greatness.

The Competition, which is dedicated in honour of the first Civilian Governor of Osun State, Otunba Isiaka Adeleke is solely sponsored by Rep. Bamidele Salam who represents the good people of Ede North, Ede South, Egbedore and Ejigbo Federal Constituency of Osun State in the National Assembly.

The final of the Competition will come up on the 15th of January 2022 in Ede. 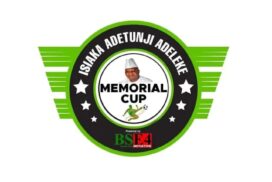 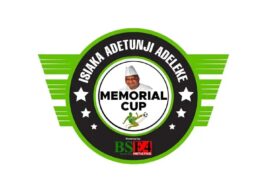 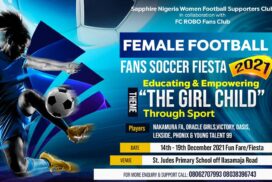