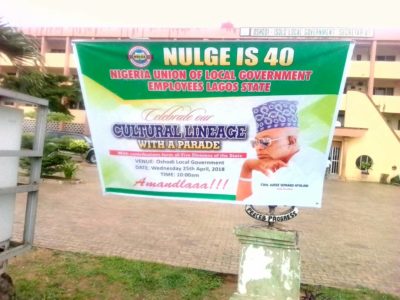 The event was well attended by members across the seven divisions of the state with Lagos rich cultures on display. 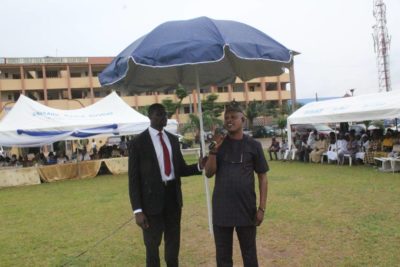 The NULGE state president, comrade Ajose Afolabi Semako appreciated the support of members who have taken the union this far.

Having narrated the history of the association, Ajose also acknowledged the contributions of the past leaders while a minute silence was observed for members who had passed on. 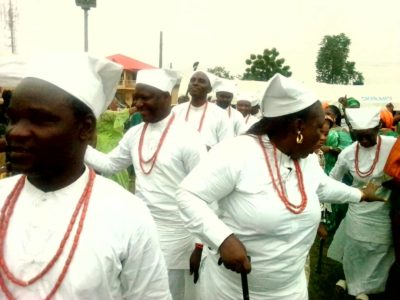 Speaking on behalf of the Chairman, Oshodi-Isolo Local Government, Hon. Bolaji Muse-Ariyoh, the Local Council Vice Chairman, TPL. Daisi Oso, congratulated the union on its 40th anniversary, advising the members not to relent in their efforts to ensure autonomy for the LGA. 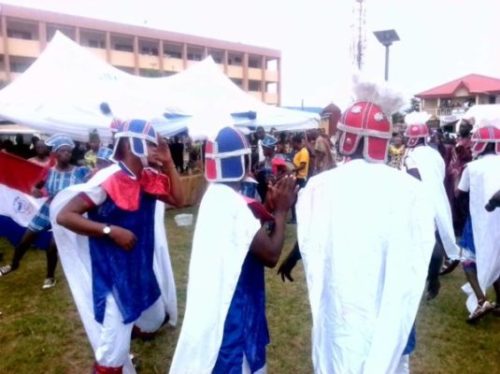 In the same vein, the head of Administration (HOA), Mr. Ashafa, and the Human Resources Officer (HRO) of Oshodi LG, Barry Badmus, both thanked members of NULGE for choosing Oshodi LG as one of the venues for the week-long celebration of the association while wishing them fruitful celebration. 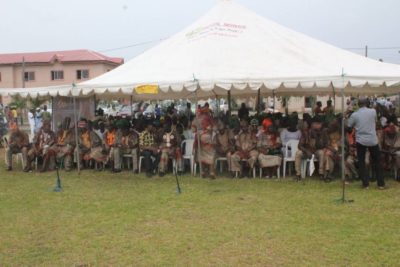 Various cultural dances were displayed such as masquerade, sangbeto, fantee, angeere and the like which were highly applauded by the guests.

The celebration of the association continues on 26th April 2018 with a symposium at Ikeja LG, which will run to May 1st, 2018 with a march past, raffle draw, Award and Gala night at Haven GRA.