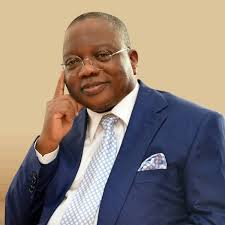 The three-man National and State Assemblies Elections Petitions Tribunal for Lagos State chaired my Justice (Mrs) E. I. Ikponwonba  has again adjourned the hearing of the petition filed by the People’s Democratic Party (PDP) against the election of All Progressives Congress (APC) and its candidate, Hon. Ganiyu Johnson till June 11, 2019.

ECHONEWS reported last week that the Tribunal had earlier adjourned the matter till Wednesday May 22, 2019 having satisfied that pleadings have closed on Friday May 17, 2019.

However, the case could not be heard on Wednesday as scheduled due to avalanche of other cases to be determined on that day. The court subsequently sat on the matter on Thursday May 23.

At its sitting on Thursday, there was settlement of issues between the two parties as the court pruned their issues to just three cases for hearing on June 11, 2019.

Having been the winner of the recently concluded Federal House of Representatives election in Oshodi-Isolo Constituency II, the PDP and its candidate, Emmanuel Nnodim have dragged Hon. Ganiyu Johnson; Independent National Electoral Commission (INEC) and All Progressives Congress (APC) to court to challenge Johnson’s victory on four main grounds:

The PDP then urged the court the court to cancel the results of the election and declare the first petitioner as the winner and also direct INEC to conduct fresh election.

In particular, Rep. Johnson asked the Tribunal to strike out the petition based on some issues including the fact that:

v the petitioners have not complied with the provision of Electoral Act 2010 (as amended) to include specificity of claims and allegation of irregularities, malpractices and corrupt practices by the agents of the 1st and the 2nd respondents.

v the figures recorded were correct results of the poll Oshodi/Isolo 2 Federal Constituency election held on 23rd day of February, 2019 and the rerun held on the 9th day of March, 2019.

v the results compiled and announced in Oshodi/Isolo 2 Federal Constituency by the 2nd Respondent were genuine and correct outcome of the election which was peaceful, free and fair and in substantial compliance with the Electoral Act, among other several issues.

Meanwhile, at its sitting on Thursday, there was settlement of issues for determination as two issues were formulated by the petitioners; 1st and 3rd respondents formulated three issues while 2nd respondent also formulated two issues.

However, the court narrowed them down to three issues and the matter was thereafter adjourned till June 11, 2019 for hearing of the substantive case.