The Council was formed to be in charge of Public Administration of the area covered; with the Chairman as the executive head while the Councillors formed the Legislative Council.

The Local Government was constituted by eleven wards as below listed:

Isolo as a Subject of Discussion

In the year 2003, the then Governor of Lagos State, Asiwaju Bola Ahmed Tinubu, created 37 Local Council Development Areas (LCDAs) and this resulted in a long row with the then President of the Federal Republic of Nigeria, Chief Mathew Olusegun Obasanjo; and this gave birth to the Isolo LCDA from the Oshodi-Isolo Local Government. 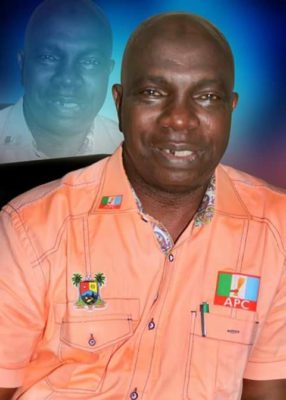 The Council Secretariat is situated at Aswani along Osolo way, Isolo.

The initial 5 wards in the then Isolo Constituency II which were Isolo, Ishagatedo, Ilasamaja, Ajao Estate and Okota fell in the Isolo LCDA while Oke-Afa/Ejigbo became an LCDA.

The first Executive Chairman of Isolo LCDA Mrs. Mary Modupeola Fafowora-Oseghale who served for two terms in office and also as an Executive Secretary between 2004 and 2011 served with the following Councillors:

The second and the incumbent Executive Chairman of the LCDA, Hon. Shamsudeen Abiodun Olaleye, who served from 2011 to 2014 and continued in 2017 (after Alhaji Olusegun Jimoh Jubril had served as Executive Secretary between February 2015 to June 2016 and Ms Abimbola Oshikoya, who served as Sole Administrator between June 2016 and July 2017) served with the following Councillors in his first term while only one of them is currently serving with him in his second term in office: