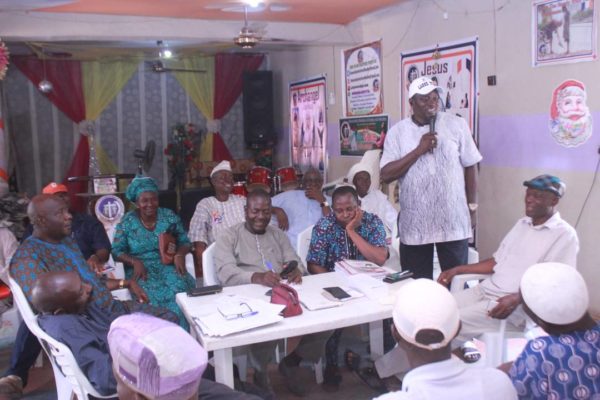 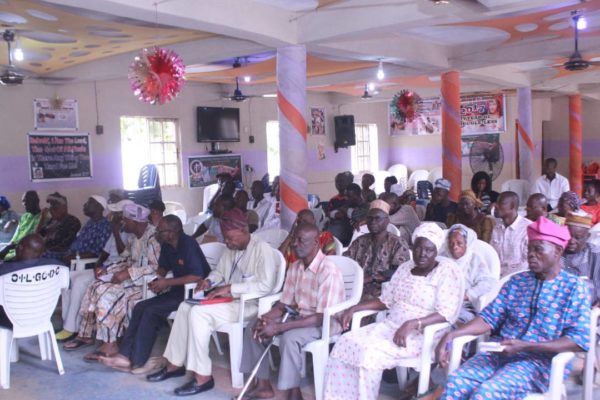 Top issues raised and deliberated hinged on the number of approved security guards for each street, getting necessary information from CDA’s, CDC and the need for the CDC to send its representatives to be part of the screening committee of the local government that would be set up for the general development of Oshodi as a whole.

The Secretary to the Local Government (SLG), Hon. Abiola Oladipupo, who represented the Executive Chairman, Hon. Bolaji Muse Ariyoh at the meeting, spoke of safety of lives and property as being the primary responsibility of any responsible government which their administration has been working on without leaving any stone unturned.

The SLG also used the medium to address the lapses of night security guards on most streets of the community, which has resulted to complaints of shop bulged thereby putting the LG on their toes to proactive measures to avert further occurrence.

“The government is living up to his responsibility and it is also responsive to the yearnings of the communities with the security bye-Law which now need the effective collaboration of the CDC in making it reality as the stage of execution needs total compliance from each community through their various CDA’s to make Oshodi a well secured environment,”  oladipupo said.

Other challenges surrounding the implementation of the bye-law was also discussed as Mr. lbidapo from Shogunle CDA recounted the problem of security levy collection from the residents as a major challenge encountered in the past and the need of LG’s intervention.

In the same vein, Mr. Adebayo Saheed from Afariogun reiterated same issue of levy collection which is presently ongoing in their community and sought the authority’s assistance on the issue.

Responding to the challenges raised, Hon. Oladipupo said that the LG authority would proffer solution and explore every legal means to ensure strict compliance as the greatness of Oshodi is a collective responsibility which everyone must play its own part in making it a reality.