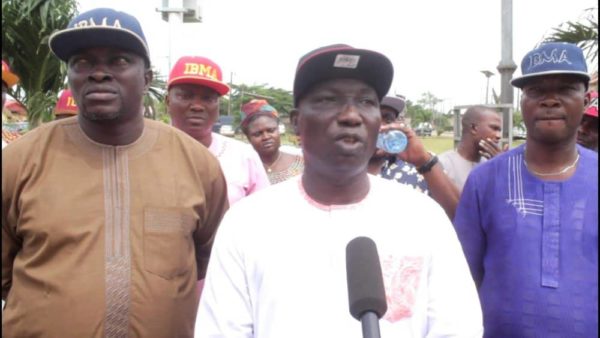 Following the rumour trending on social media about a rift between the Oshodi-Isolo Local Government Chairman, Bolaji Muse Ariyoh and his cabinet members, the LG Authority has debunked the rumour, which it said was a mere propaganda to cause chaos among the party members.

It was rumoured that the discord among the cabinet had been delaying the distribution of official cars to the cabinet members by the LG Chairman.

Addressing journalists at a press conference, the Secretary to the Local Government (SLG), Hon.Taoheed Oladipupo, emphasised that the responsibility of a good government is to cater for the needs of its people rather than having discord that would discredit the effort put together in achieving set goals.

Also speaking on behalf of the legislative council members, the Council Leader, Hon. Abdulrasheed Obasa, reiterated that the commitment of both organs, the executive and the legislative remains delivering of good governance and dividends of democracy to the people.

Obasa added that both arms have been working assiduously without leaving a stone unturned for the manifestation of strong synergy at the grassroots level.

He implored supporters to shun campaign of calumny and propaganda that is capable of bringing discord and acrimony within the party.

Other Supervisory Councillors including the Supervisor for Inter-governmental, Hon. Bakare White; Supervisor for Agric and Sports, Hon. Saheed Animashaun and Special Advisers on Environmental Issues, Hon. Adesanya, all emphatically dispelled the rumour and maintained that healthy relationship exists between the executive and the legislative arms.