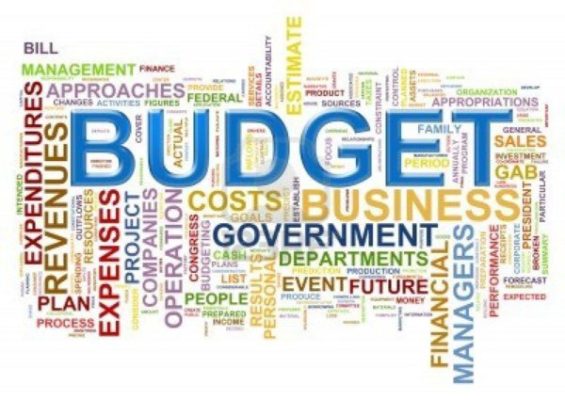 The Health sector across Oshodi-Isolo Local Government Area (LGA) and Ejigbo Local Council Development Area (LCDA) may experience monumental improvement as the two local councils have earmarked 1.32% (N58,500,000) out of the total budget of N4,436,382,444.29 for the Primary Healthcare of their residents in 2019.

Compared to what was budgeted for the sector last year, there has been a more serious commitment to the health care of the people of the community, however, local government by local government analysis indicates that Oshodi LG has increased its allocation to PHC from 0.28% in 2018 to 1.58% in 2019.

It was gathered that the sum of N35 million is for the PHC including the compulsory health insurance scheme launched by the Lagos State Government in December last year while a sum of N1million out of the budget is also provided for HIV/ AIDS as overhead cost by the Local government.

According to the Medical Officer of Health (MOH), Dr. Tunde Osoba, the budget allocated to Primary Healthcare Centres (PHCs) is intended to improve on the healthcare delivery to the people of the local government in terms of Lagos state health insurance scheme, rehabilitation of clinics and provision of health equipment as well as to cater for HIV/AIDS patients.

In tandem with the scheme, the local government has just concluded a 4-day immunisation programme in five PHCs across the community to prevent deficiency diseases that might develop in the infants as they grow.

This, as Osoba said, marked the first round of polio vaccination exercise this year, noting that a great turn up of patients was recorded as parents massively responded to the programme.

On the other hand, the budget allocation to the health sector by the Ejigbo LCDA has reduced by 1.5% compared to the 2018 budget.

This is believed to be due to the take-off of the Lagos State Health Insurance scheme which provides health service to local government workers under a compulsory health scheme.

Following their inspection, they recommended the facelift of the PHCs that are not in good condition to care for the teeming residents of the community although the government has promised to intervene and upgrade them to the required standard.

For instance, the Dauda Ilo Primary Health Centre is already under renovation by the state health board. The councillors discovered that the health facilities at Jaye Alabi Health Centre and Ona-Iwa Mimo Health Centre required upgrade of facilities.

The staff members and nurses were questioned on the situation and their responses were noted for actions.

The situation was not different at Bucknor Health Centre in Oke-Afa ward and Jakande Health Centre where some challenges were also noted for correction as well.

It is only Iyana Ejigbo Health Centre that is well equipped among the six with good facilities, medicine, nurses, doctor and staffs.

The only noted challenge with the centre is the size of its location as the councillors noted that the location is not spacious enough for the centre.

Speaking on the inspection and the next line of action on the health centres, the council leader said that the visitation was borne out agreement with all the councillors at their plenary session as their oversight function to get firsthand information on the present situation of things, and to also get feedback from the people in different sections of the local government.

He added that the choice of the health sector as the first call of duty was as result that the sector is very important in the community and that things need to be put in order in that line to ensure adequate health care of the people.

He further said that their observations would be discussed among the legislators which would be concluded on and passed to the executive Chairman as resolution to act upon in the interest of the people as health is mostly important.

He stated: “We will conclude on all the observed challenges and come up with the resolution on all the places visited with their peculiar challenges, pass the recommendations to the executive Chairman to act on in the interest of all because health is wealth without health no one can work. And this is going to affect the community, that is why we started our oversight function from the health sector, after that, we will move to education sector.”

Meanwhile, the Lagos State Commissioner for Health, Dr. Jide Idris, has said that the planned mandatory health insurance scheme in the state is aimed at reducing all the poor health statistics, including high infant mortality rate, high maternal mortality rate, and keeping residents in good health all-year-round through access to quality healthcare.

He stated: “There are three goals that the government strives to achieve in the health sector in the state. The first is to reduce all the poor statistics that we have been recording. These include, high infant mortality rate, high maternal mortality rate, and so on. We are bent on improving these statistics for the better, so that less people die, less people fall ill.

“The second one is what we call financial protection for the poor. It is the responsibility of government to take care of the poor, so they must be covered if not poverty will bring them ill health and the vicious cycle will continue. The third one is that even if you provide all the services and the people for whom the services are meant for are not happy, you have not succeeded. That is why the system must be responsive.

“These are the three goals, but how do we do all that? This financing scheme is in a better position to address that since we can’t address everything because of the limitations we have. If we start with the basic things, essential services that could be taken care of at the primary healthcare level, at least 70 per cent of the problems would be addressed. That is why primary healthcare is the backbone of the health system.

“Having said that, let me point it out that the health insurance scheme, unlike at the federal level, is mandatory for every Lagos resident by law. Everybody must contribute something.

“The basic plan covers the basic ailments like hypertension, diabetes, as well as maternal and child health. It also takes care of immunisation of children, antenatal care services for mothers, as well as Cesarean Section (CS) for a pregnant woman who requires such because it is one of the most common causes of maternal mortality.”