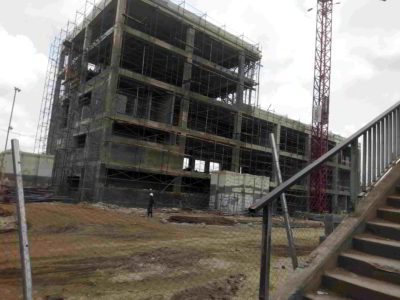 Unarguably, Oshodi Market is one of the famous markets in Nigeria as it is reportedly said to be the second largest market across the nation. The market was established far back in the 19th century, during the early days of the colonial rule.

Over the years, the market has tremendously grown beyond the designated place, expanding inward residential area and encroaching on government reserved areas for developmental projects. From far and near, the market boasts of tens of thousands of traders on daily basis. Traders; who has come to trade in textiles of numerous kinds, electrical appliances, electronics, jewelry, stationeries, movies, the list is endless. The market is however orchestrated into various segments for concentration of specific goods. What is obviously common in all sections are fabrics and other forms of textile. It is noticeably what the market is renowned for. Below are lists of the market sections and their peculiarities.

This section used to be the main market where electronics were being sold until its recent demolition. This market section has been demolished by Lagos State Government base on the countless reports of hoodlums’ attacks, pickpocketing and harassment of traders by markets urchins. It was not only brought down to rumbles for the above reasons but for the fact that it is a place reserved for the construction of a befitting bus terminal with shelters that meet the standard of a mega city which Lagos is edging towards.   Though, traders had since been moved to the government-built Oshodi Resettlement Market. 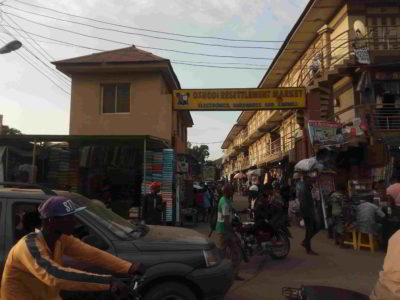 This section was formerly named Isopakodowo electronic market before government’s redevelopment and rechristening. It is located right behind the primary health center, inward Oshodi Road. The market was handed over to traders in January, 2014 by the immediate past Governor of Lagos State, Mr. Babatunde Raji Fashola. It has almost 600 modern shops and countless of k-clamps. This section is a one-stop market for electronics and electrical appliances. 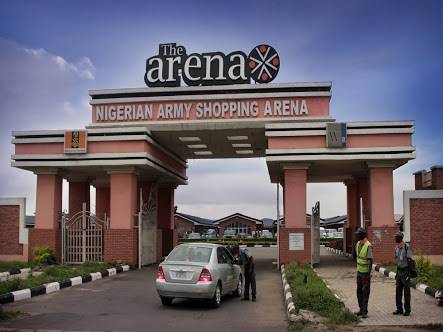 This shopping complex was recently built and it is owned by the Nigerian Army. It is the biggest complex in Oshodi. The complex has over 3,000 stalls in a select combination of lock-up, open and warehouse structure. Support facilities for operational balance in the market include seven dedicated restaurants, parking lots for 1016 vehicles including 32 trailer parking bays under covered loading and off-loading bays at the flanges of the premises to ease management of cattle and bulk goods. Banking facilities, a facility management office all add up to ensuring an all-encompassing market environment not to mention the state-of-the-art 216 public toilets and 72 showers evenly disturbed in seven clusters around the market. Varieties of good are traded in this complex; even movie marketers are concentrated here. 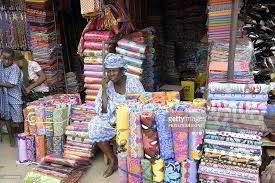 This is one of the famous and busiest streets in Oshodi market. This street, turned market, hosts countless of fabric malls which are usually sold in whole sales. Noticeably, like other fabric sections in the market, bales of fabrics are always transported in on daily basis.

This market was reportedly built by Alhaji Abdul Rasak Kolawole Sanni and was named after the late Iyaloja General, Alhaja Abibat Mogaji. It was usually called Kairo Market before the redevelopment and rechristening. Varieties of jewelry and textiles are the peculiarities of this section of the market.

Textile materials are the most traded goods in this section. Also various kinds of head-gear, foot wears and foreign clothes ready-made} are traded here.

Other recognized market sections includes, Boladale Market, Banjoo Market and Bolade Market. However, each market section has market leader but the overall Babaloja of  Oshodi Market is Alhaji Abdul Razak Kolawole Sanni who was installed by the late Iyaloja General of Alhaja Abibat Mogaji before her death

Visting Oshodi market nowadays for business purpose or for other best known reasons is less adventurous unlike before when pickpocketing and daylight robbery were rampant in the market. Before the state government’s intervention in 2008, the market was as hellish as one could ever imagine. Commercial activities sprawled across roads, compounding traffic gridlock.

Although, coming for the first time, much carefulness is however still advised especially while plying the bridge and other pedestrian lanes. wherever you alight, be it Oshodi-Oke at the front or Oshodi-isale leading to Apapa Road or Bolade Bus-stop along Agege motor Road, the usage of pedestrian bridge is advised not only for the cautious purpose of being arrested by the disguised task force officials but also to avoid being possibly hit by oncoming vehicles.

At the completion of the ongoing bus terminal construction in Oshodi in months to come, that particular part of Lagos would be the biggest business hub in West Africa and possibly Africa. This is basically in line with the vision of Lagos State Government to turn the state a mega city among comity of mega cities in Africa.