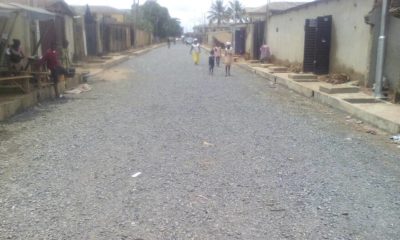 In a chat with Echonews, the construction Coordinator and Contractor,
Mr. Yusuf Oni, stated that the construction work is about to be completed, allaying any fear of not meeting up with the stipulated time for the completion of the road billed for May.

“The rain hasn’t really affected our work here because we’ve been able to plan ahead of the rain. We’ve been able to reach at least 70 per cent of the work here and if you look around, you will see it’s really so. All drainages are done at 100 per cent. 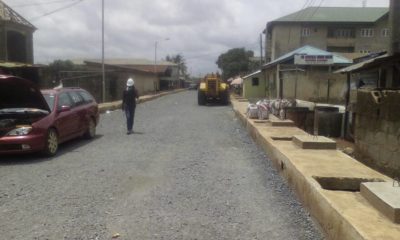 “We have been able to channel the water into the drainage, so we’ve not really had any problem.”

Oni reiterated that the construction would be completed and delivered to the government by May, maintaining that the rain would not hinder the progress of the work.

“Without being too optimistic, I see us finishing the job by May even though the stipulated time is July. But hopefully, we’ll finish the job by the end of May.”

In term of monitoring, Oni said that the local government which the state government placed in charge to come here and monitor the work in order to give progress reports has always been coming to see how things were going.

“And if there is need for correction, they quickly call our attention to it and we amend promptly. Although not because we are not doing our job properly, perhaps due to some things we need to dialogue and the ideas we need to share. In fact, we hold weekly meetings with the local government here in Ejigbo. They have been helpful and it has been a good relationship between both parties.”

However, there were reactions from some of the residents of Ona-Iwa Mimo about the other road commissioned in the community. 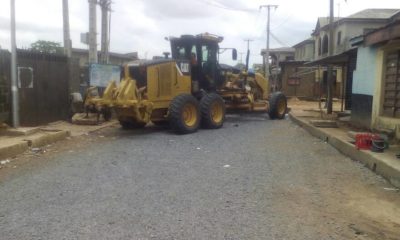 According to them, the road was used for a short duration of time before it became deplorable.

Their agitation and fear were about the assurance of the quality of job being done on Ona-Iwa Mimo presently especially as rain falls while the work is being done.

In reaction to their complaints, the contractor raised the hope of the residents, assuring them that the road would last longer.

He said, “If you look at the way we’ve constructed the road, we designed it with the consideration of the water that in some cases does flow into the road during the raining season. Based on that level, we’ve been able to channel the water into the drainage because we feel not doing that or not focusing on that might lead to the road getting spoiled easily and quickly. Channeling the water into the drainage would cease the case of pot holes around the road.

“We are looking at it as something that would last. We have to be optimistic even though I can’t guarantee you hundred percent but, we are trying to do a great job here. It also cuts across the users and I think that is a bigger part of it. I am looking far ahead to its completion now and I urge the users to maintain it so as for it to be good to the eye for many years.”

Oni confirmed that the residents in the street have been cooperative even though there were cases of arguments when the construction started.

He, however, stated that the construction process has since then been going according to plans, saying he could only hope for an enjoyable usage of the road by the residents after its completion.