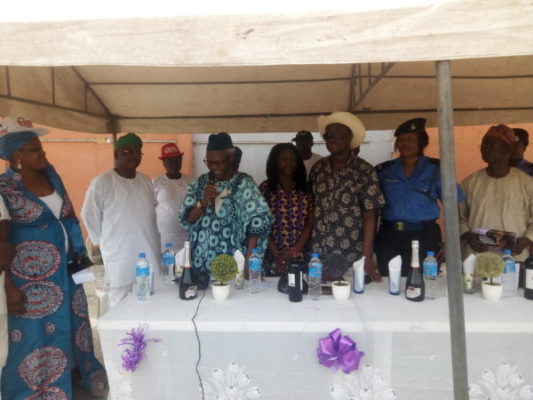 In the spirit of catering for its residents, the Olu Ajilo Community Development Association (CDA) in Isolo Local Government has organized a get-together for its community members for the purpose of giving back to the society.

During the get-together tagged “Giving Back to Society”, the residents were given free medical checkup while various medical experts were intended to give medical advises.

The Police were also invited to enlighten the residents on security tips within their community.

Speaking about the program put together by the executive members of the CDA, the Chairman, Project Committee, Alhaji Ayo Adeyemi, said that the objective of the program was to make every resident of the community get familiar with one another.

According to him, K owing each other within the community would safeguard against any act of perpetrator and save as security guide.

He added that the CDA also aimed at giving back to the society, hence the organising of the get-together.

“What we are doing today is not the first; it is annual event to show the residents that we in the executive care for everyone living around the community. It is a way of giving back to the society and we shall make it annual event.” 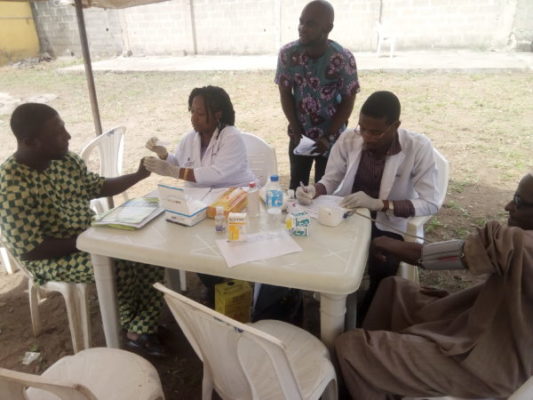 Also speaking, the CDA President, Mr. Akin Fatunke, disclosed that the executive members meets once in a month, donate for security and other welfare of the residents.

He said the welfare of the residents was paramount and that was the reason for making health and security the major features of this year’s event.

He therefore charged the charged the people at the program to make it a responsibility to inform others about the event particularly the health scheme for them to get medical screening.

Speaking on the Health aspect, an Ophthalmic Nurse from the Lagos University Teaching Hospital (LUTH), Mrs. Oluwatoyin Gbemisola, warned people against self medication especially as concerned their eyes.

She particularly warned against using urine and breast milk to cure Apollo.

She admonished people to subject every member of a family at the age of 30-35 to eye screening if they detect that one if them has glaucoma.

She added that operation for eye is highly recommended as against people’s fear of such operation.

A representative of Stairway Pharmacy also educated the participants on how to detect, contact and cure Hepatitis B virus.

He said the virus could be easily contacted through body fluids such as saliva if it is spit on another person’s body.

He however said it could be cured at its early stage.

Speaking on security, the Police woman in charge of Ire-Akari Police Post, Mrs. Lydia Ohifemen, said most crimes were committed within Ire-Akari community, noting that she has been trying to curb the menace since she resumed office despite challenges.

According to her, one of the challenges she and her team face is lack of patrol vehicle.

She therefore appealed to the Isolo LCDA Chairman to come to her aid.

She also appealed to the community to assist the police by informing them whenever there is and violence of criminal activity while warning them to desist from taking laws into their hands.

Responding, the Counsellor representing Ishaga Ward, Hon. Abisodun Odusina-Adeoye, assured the police boss that the local government would soon respond to their request.

She also assures the community of her responsibility to the community development in terms of promoting the Bills that would favour them in the legislative house.

meanwhile, the candidate of All Progressives Congress  (APC) for the Federal House of Assembly under Oshodi-Isolo constituency II, Engr. Ganiyu Johnson, used the occasion to unveil his plans for the constituency when elected as he promised to expand his empowerment scheme to the youths and women at the grassroots.

He therefore solicited people’s votes in 2019 for him to have the opportunity to execute his plans for the constituency just as he promised to carry the CDAs along in his policies.