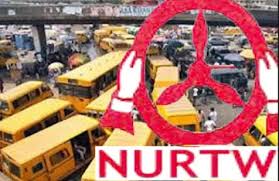 The Treasurer of the National Union of Road Transport Workers (NURTW), Isolo-Ejigbo branch, Mr. Bashir Olowu (Chief Omonla of Ejigbo), has again appealed to the leadership of the Union in Lagos State to approve their long demand for an autonomous branch in Ejigbo Local Council Development Area.

Olowu, in a chat with ECHONEWS, said the local council is overdue to have its own branch and be separated from Isolo branch to which it has been affiliated.

He noted that since Oshodi-Isolo has been broken into three different local governments, each local council area is supposed to be entitled to its own branch of the Union.

The Union Treasurer noted that Oshodi alone has about six branches with minimum of 20 units per branch while Isolo and Ejigbo have been sharing only one branch for eight years.

“We are agitating for the breaking of the branch into two, one for Isolo and one for Ejigbo with minimum of nine units each.

“We have been on this for about ten years since the tenure of Akani Rafiu Olorunwa as the chairman of the Union in Lagos State. We have written so many letters to that effect. We have also met the current chairman of the Union, Alhaji Tajudeen Agbede but we have not got approval for our demand although he has promised us to give us a branch in Ejigbo.

“We are using this medium to intensify our appeal to Alhaji Agbede and his executive members to consider our agitation for an autonomous branch in Ejigbo as a matter of urgency.”