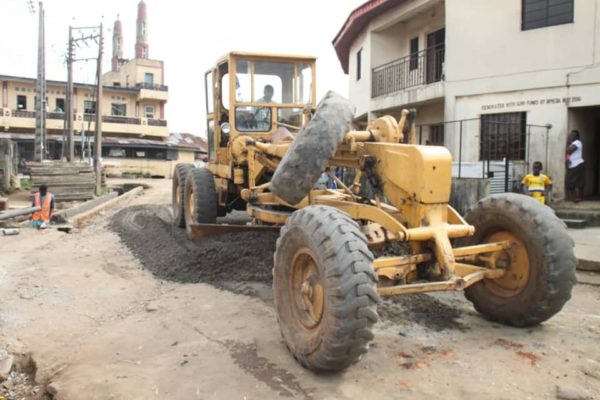 The reconstruction of Olokun Street, which began about a month ago, is getting to the finishing line as the work on the street continues as promised by the Executive Chairman of Isolo Local Council Development Area (LCDA), Hon. Shamsudeen Abiodun Olaleye. 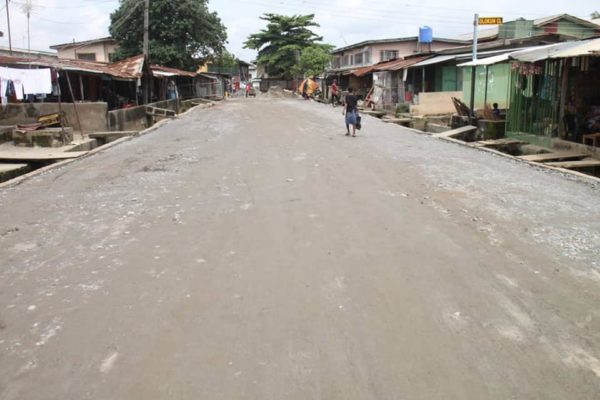 The reconstruction of the street involves construction of drainages, culverts, asphalting of the surface and installation of solar-powered street lights.
Already, construction of drainage on both sides of the roads has been completed while culverts are being mounted at strategic portions of the road.
When completed, the 200meters road will serve as a bye-pass to Ire-Akari Estate Road via Ilori Street.
Speaking on the road project, the council boss declared that the project was in fulfillment of his promise to embark on at least two road projects in each political ward. 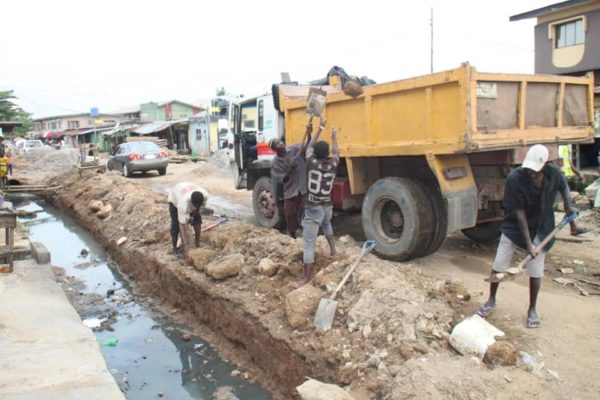 “Next in line is Fabiyi Street in Ilasamaja. We want to spread the road projects across the seven wards and that is what we are committed to doing.
Ologunye Street reconstruction work is coming on the heels of the total rehabilitation of Goloba Street in Akinbaiye ward. This was preceded by the construction of Baale Shekoni Street in Ajao Estate. The two road projects have been listed for commissioning by the Lagos State Governor, Mr. Akinwunmi Ambode during his forthcoming tour of the council area,” he said.