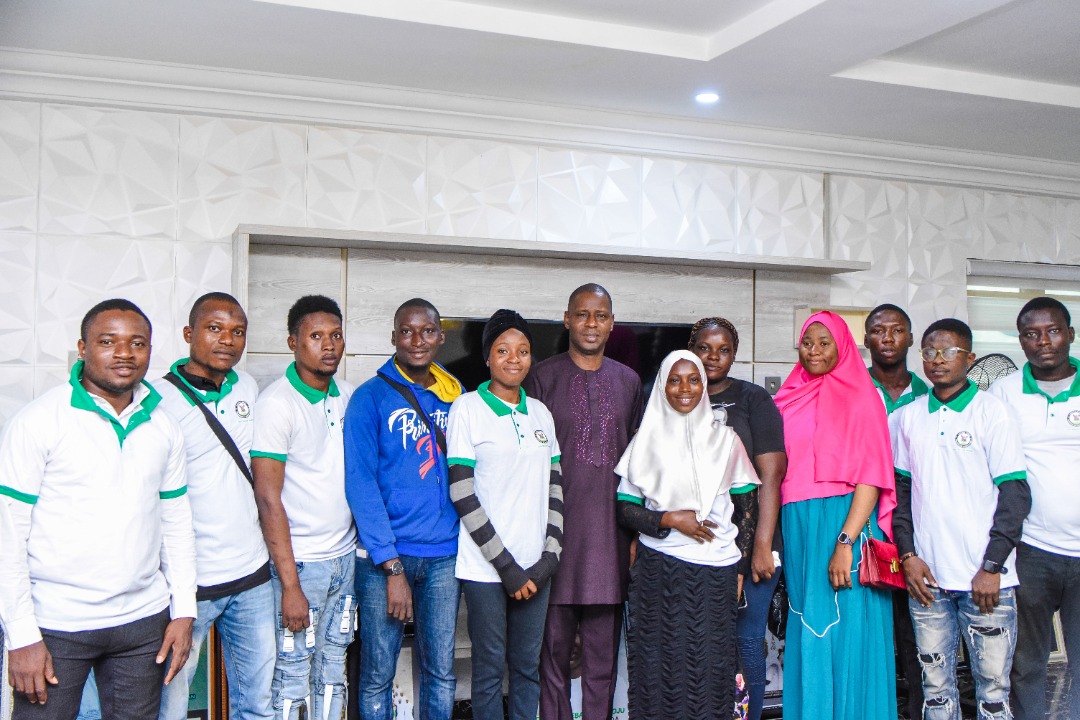 Following the successful completion of the two-week snail farming training for agroprenuers and snailery enthusiasts, the chairman of Isolo LCDA, Otunba Adebayo Olasoju has promised more wealth creation and career opportunities for the youths.

He made the promise while receiving the participants in the training who visited him to show appreciation.

The training was an initiative of the state government to encourage youths and agroprenuers to tap into the lucrative business of snail farming.

The exercise was held at Badagry where beneficiaries who were drawn from the 20 LGAs and 37 LCDAs in Lagos State underwent intensive training for two weeks.

Leading the elated beneficiaries to the council chairman’s office, the Coordinator of NYCN, Isolo Local chapter, Comrade Sikiru Akibu, appreciated Olasoju for the privilege given to the beneficiaries and the regard accorded the youth body.

In his remarks, Otunba Olasoju congratulated the beneficiaries for maximizing the opportunity to empower themselves and improve their knowledge about agribusiness as he promised to open more windows of opportunities for the youths.

He added that more wealth creation and career opportunities will be opened for the youths in the council areas to complement the laudable initiative of the state government.

“I want to congratulate you for maximizing that golden opportunity to better your knowledge about agribusiness and I hope you’ve begun putting the knowledge to use. As a conscientious and goal-driven government, we will ensure that we facilitate and organize more human-capital development programmes for you (our youths) as well as empowerment programmes because that’s part of our responsibilities,” he said.