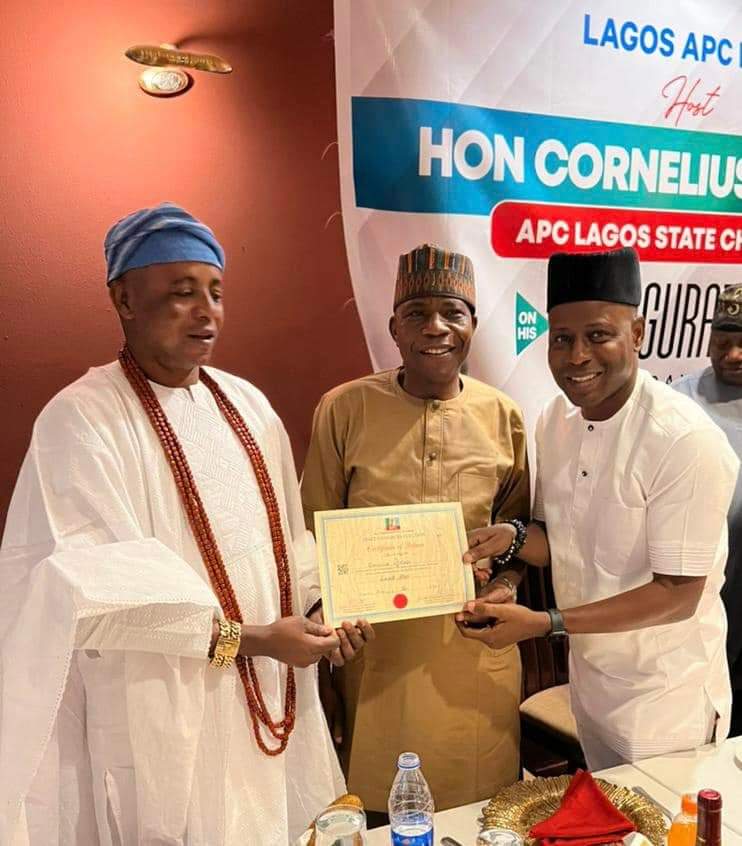 The Executive Chairman of Isolo Local Council Development Area (LCDA), Otunba Adebayo Olasoju has congratulated Hon. Cornelius Ojelabi on his successful inauguration as the chairman of the All Progressives Congress, Lagos State chapter.

Olasoju who joined his counterparts from across the federation and other party leaders and stalwarts to attend the inauguration ceremony that was organized for all state party executives in Abuja, on Thursday, on behalf of the party members and leaders in Isolo LCDA felicitated with the new chairman.

The event was held at the party’s national secretariat in Abuja where Ojelabi alongside other party chairmen from other states except Kano and Sokoto were issued certificates of return and sworn in by Gov. Mai Buni who was represented by the national secretary of the party, Dr. John Akpanudouedehe.

Speaking on behalf of the party members and leaders in Isolo LCDA, Olasoju congratulated Ojelabi and wished him and other executive members a successful tenure in office.

His words: “Today’s inauguration ceremony is an epoch-making event as it officially opens another chapter in the wonderful and admirable history of our party in Lagos State. I can only congratulate members of our great party in Isolo LCDA and Lagos State at large on the success that lies ahead with Hon. Ojelabi at the helms of affairs of our dear party. We will give him the needed support in our council area for the continued growth of our party,” Olasoju said.