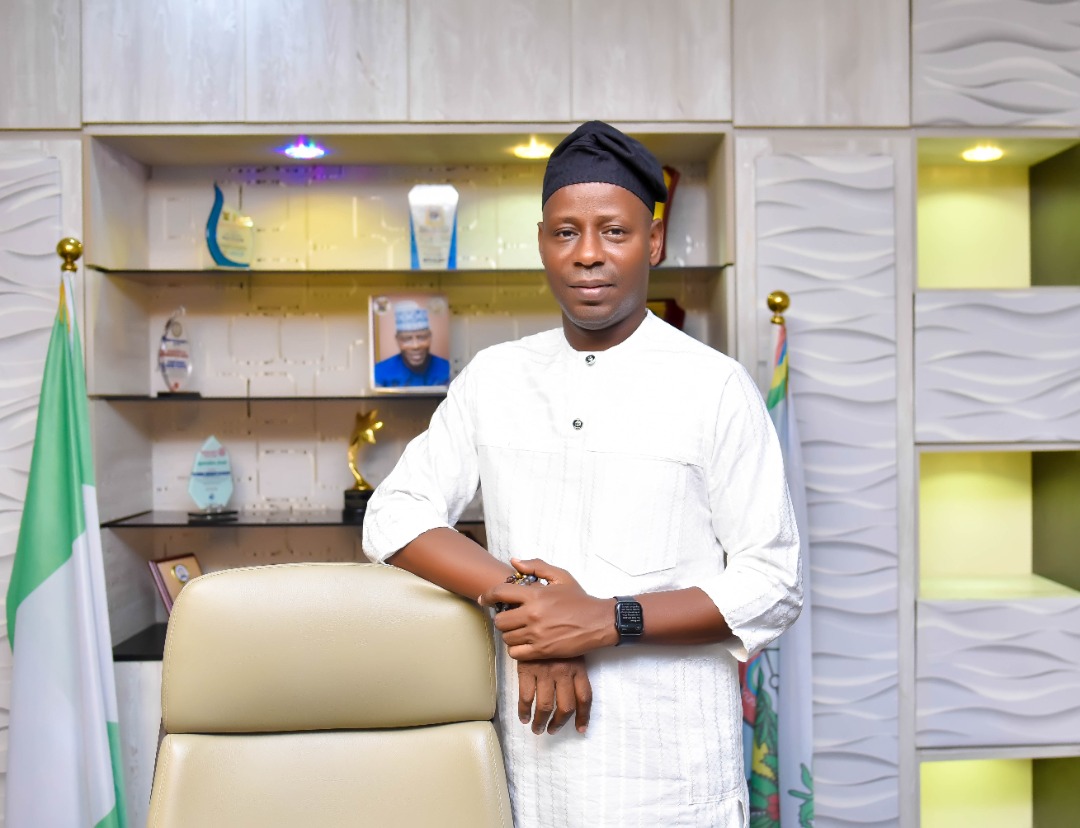 To have lived up to forty-four impactful years given the daunting hurdles usually associated with self-discovery and breakthroughs in a contemporary society like ours is worth commemorating. For Adebayo Aremu Babatunde Olasoju, the third democratically elected council mayor of Isolo Local Council Development Area, today means more than a day to celebrate his birth renewal but one to commemorate his first birthday in office as the new kid on the block.

Olasoju might have been in the corridor of power before now having meritoriously served in various capacities both at party and governmental levels at the grassroots since his impact-inspired foray into active politics as far back as the ’90s, his trademark selflessness, indefatigability, empathy, progressive mindset and other hallmarks of exemplary leadership and humanitarian have elegantly stood him out among his equals. These ideals coupled with the unending grace of the Almighty have seen Olasoju inspiringly rising through the ranks in politics and other aspects of life.

He’s been dubbed a man of destiny and an epitome of modern-day politics whose emergence as the council chairman is coming when the idea-driven business of governance demands a man of character and competence with added human managerial acumen.

To the new kid on the block, every day is a golden opportunity that must be prudently utilized to impact lives positively and ultimately improve the value of humanity. These principles have better been put to practice since his ascension to the office of the Executive Chairman of the cosmopolitan Isolo LCDA on Saturday, July 24, 2021, and the consequent swearing-in ceremony on Tuesday, July 27, 2022, as he has, so far, went on to further justify the Master strategist; Asiwaju Bola Ahmed Tinubu’s ingenuity and reasons for creating LCDAs in Lagos State with his progressive and trailblazing administration.

While many of his peers were still grappling with the demands of their new office, Olasoju has swiftly deployed his wealth of experience and conscientious resolve to make good his electoral promises into phenomenal usage by way of embarking on numerous developmental projects and getting the best out of his workforce.

Today, Isolo LCDA has glaringly edged closer to being a developed council, especially in areas of infrastructural development as the council chairman has undertaken over 20 infrastructural renewal projects across various wards as part of the dividends of democracy it owes her constituents and to further complement the efforts of other government tiers.

Lending credence to the usual saying that “If your actions inspire others to dream more, learn more, do more and become more, you are a leader” Olasoju’s impressive start to life in office has attracted partnership from various NGOs, the state government, corporate organizations, CDAs as well as well-meaning individuals from across the council area and state.

Like a warehouse, Aremu, as usually addressed by allies, has desirably changed the narrative and positioned Isolo LCDA on a trajectory of a model council area not only in the state but throughout the federation.

His Midas touch has deservedly earned him accolades and laurels from local and international organizations. Without having to mince words, Olasoju has carved a niche for himself as a shining example of a quintessential administrator.

All the world needs to do on this auspicious occasion of his natal renewal is to cheer him on as he continues his mission of advancing the cause of humanity.