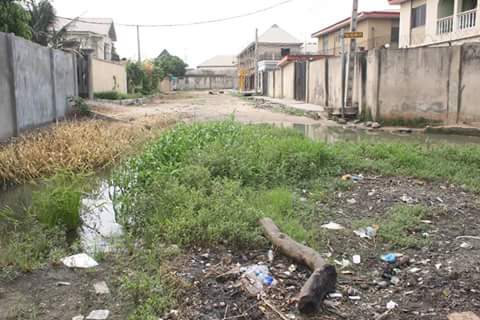 For three consecutive days, the stakeholders led by the Chairman of Oke-Ogbere Residents Association, Chief Linus Iboihkun, engaged the council boss to proffer solutions to their problems. 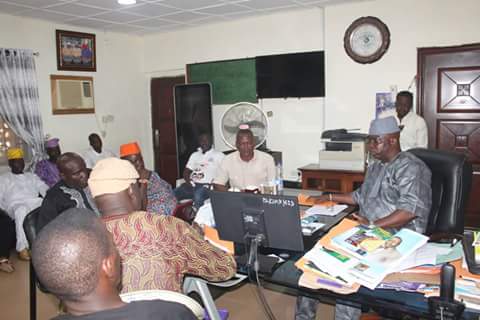 Part of the engagement involved physical inspection of the affected area such as the popular Community Road, which was currently in a state of disrepair; Freedom Estate and Chief Anyanwu Avenue with their flooding problems occasioned by lack of drains and drainages on both side of the street.

The project which is a build-operate and transfer scheme, anchored by the Nigerian Inland Waterways Authority (NIIWA) is expected to serve as a link and a bye-pass to Apapa/Oshodi Expressway via Amuwo-Odofin.

Stakeholders of Oke-Ogbere community, however, complained of being isolated from the project. This development prompted the Council chairman to request a tripartite meeting with the contractor handling the project, Oke-Ogbere stakeholders and the Baale of Oke-Ogbere, Chief Tajudeen Orilowo at the council secretariat. 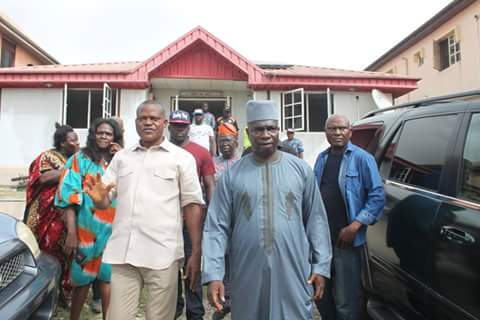 At the meeting, the contractor, Hon. Ambassador Ogungbe, told the gathering that he had obtained the necessary approval from NIIWA, Federal Ministry of Home Affairs, Isolo LCDA, the Area Commander and the DPOs in the area.

He, however, apologized to the Executive Chairman for not interfacing with him since his assumption of office, stressing that he actually came to see him twice but the council boss was not in the office.

He also disclosed that he had met and sought the cooperation and understanding of the Baale but had never interfaced with the stakeholders of the community ever since the project started.

In his own address, Olaleye told the gathering that inasmuch as the contractor had secured the necessary approval of the relevant authorities concerned, he had no objection to the project.

“My interest is nothing but that of the community which the bridge links. The project affects the community because their road serves as passage for the influx of people from Isheri and neighbouring community. They are not used to influx of people in their community, so they are affected. The traffic congestion which this project would throw up would affect them and so they are affected.

Responding, the contractor expressed his deep appreciation to the council boss for his sincerity and honesty in his analysis of the matter. He pledged to do the needful by taking on the construction of the road if he is able to secure the support and approval of the Executive Chairman of the LCDA, a request which was expressly granted pending when it would be documented.

Based on the request made to the council by the stakeholders, Olaleye agreed to give: 1) 500KVA transformer for electrification at the community

3) Supply of roubles for grading of the Community Road

4) Building of a public school at Oke-Ogbere (pending when a befitting land is secured.)

The Leader of the Resident Association, Chief Linus, expressed his joy at the peaceful resolution of all matters, thanking the council boss for displaying exemplary leadership quality needed to take Isolo LCDA to the next level.

The meeting came to a close to reconvene in a month’s time to appraise all decisions arrived at by all the concerned parties.