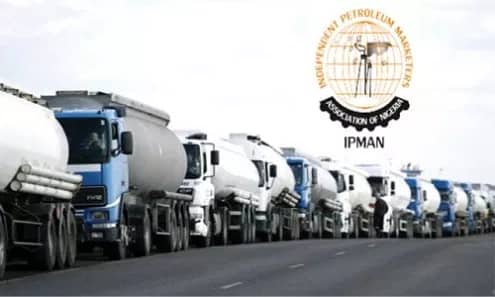 With the incessant acts of pipeline vandalization in the society, the Independent Petroleum Marketers Association of Nigeria (IPMAN) has pledged to liaise with the Nigerian National Petroleum Corporation (NNPC) in bringing the unwanted situation to an end.

The call was made by the IPMAN, Ejigbo Satellite Depot following the report of a five-man gang who was arrested by the Nigerian Security and Civil Defense Corps (NSSDC) after it was alleged to have vandalized the NNPC pipeline at Idimu scooping away over 60,000 litres of petrol during the weekend.

In a chat with newsmen today, the IPMAN Chairman in Ejigbo Satellite Depot, Alhaji Ayo Alanamu, gave the assurance against the backdrop of frequent pipeline vandalism on the network stating that all necessary things would be done in order to prohibit the unwanted sabotage.

Alanamu said that the association would continue to support the fight against vandalism, urging the security agencies to support IPMAN in bringing the culprits to justice.

He said, “We will support security agencies to win the war against oil theft.

“We all know the damage oil theft is causing to our economy. Like every other responsible Nigerian, we will support every move to win the war. We have constituted a surveillance team to support NNPC to curb activities of vandals along the petroleum pipelines across the System 2B network.”

The IPMAN helmsman disclosed that the activities of vandals have led to a huge loss to the nation.

He maintained that the setting up of the team signified the readiness of IPMAN to support the Federal Government on surveillance of petroleum pipelines.

However, Alanamu, who expressed concern over incessant pipeline vandalism especially in South-West zone of the country, commended government’s efforts in curbing the menace.

“Very soon, the menace will be stamped out. I have advised my members to bear with government on the ongoing challenges facing loading at some depots. It is our collective responsibility to check and bring pipelines culprit to book,” he said.