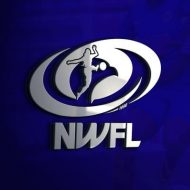 Table toppers in group A of the Nigeria Women Football League Premiership (NWFL),Naija Ratels will be away to Royal Queens as the 2022/2023 season enters match day two Wednesday 7 November 2022.

Ratels “One day at a time” tutored by bronze winning coach of Nigeria’s under seventeen girls at the FIFA women U17 world cup in India, Bankole Olowokere are expected to file out at the Warri Township Stadium buoyed by their 3-1 spanking of Heartland Queens at the Sports Complex field of the Old Parade, Area 10 Abuja in match day one.

Coach Bankole has the compliments of five of his girls: Omilana Faith, Oyinlola Olamide ,Adeshina Tumininu;Blessing Emmanuel and Amina Bello paraded at the U17 in India; those have provided solidity for his team and would want to latch on the momentum against Royal Queens when they clash.

The coach Tosan Blankson ladies will match up against struggling Heartland Queens who fell 1-3 under the guide of new coach, Benjamin Nwoke at the Memorial Dan Anyiam stadium Owerri. Delta Queens who emerged winners of the 2022 Sheroes cup pre-season in Abuja are expected to ride on the crest of victory while Heartland will hope to give their fans something to celebrate after their first defeat this season by Naija Ratels in Abuja.

Coach Edwin Okon and his Angels will need to sing a redemption song to assuage the feelings of their disappointed fans at home.

Osun Babes were in fine form winning their first game 2-0 at the Larry Leke Stadium,Elegbo,Osun State and for sure coach Yekin Ayodeji and his babes will fight in Port-Harcourt.

FC Robo piped one nil at the Enyimba Stadium by Abia Angels, need to come back with a win to keep their campaign ambition afloat. 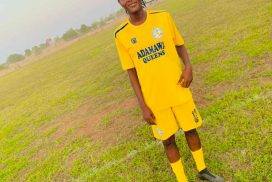