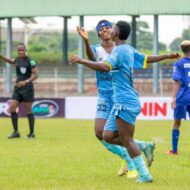 A sunny day which ended with heavy downpour of rain in Benin city, the host city of NWFL Premiership Super 6 2022.

In the first game, Bayelsa Queens pip Rivers Angels 2-1 courtesy of a late dynamic goal from Monday Gift who is on loan to Bayelsa Queens for the duration of the Super 6.

In the last game of the day between Edo Queens and Delta Queens ended in a barren draw as Edo Queens.

The game which saw glimpses of greatness but the heavy downpour of rain overshadowed the game as it disrupted easy movement of the ball.

Despite some chances coming the way of both sides, they couldn’t convert them as they share the spoils. 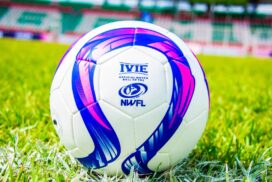