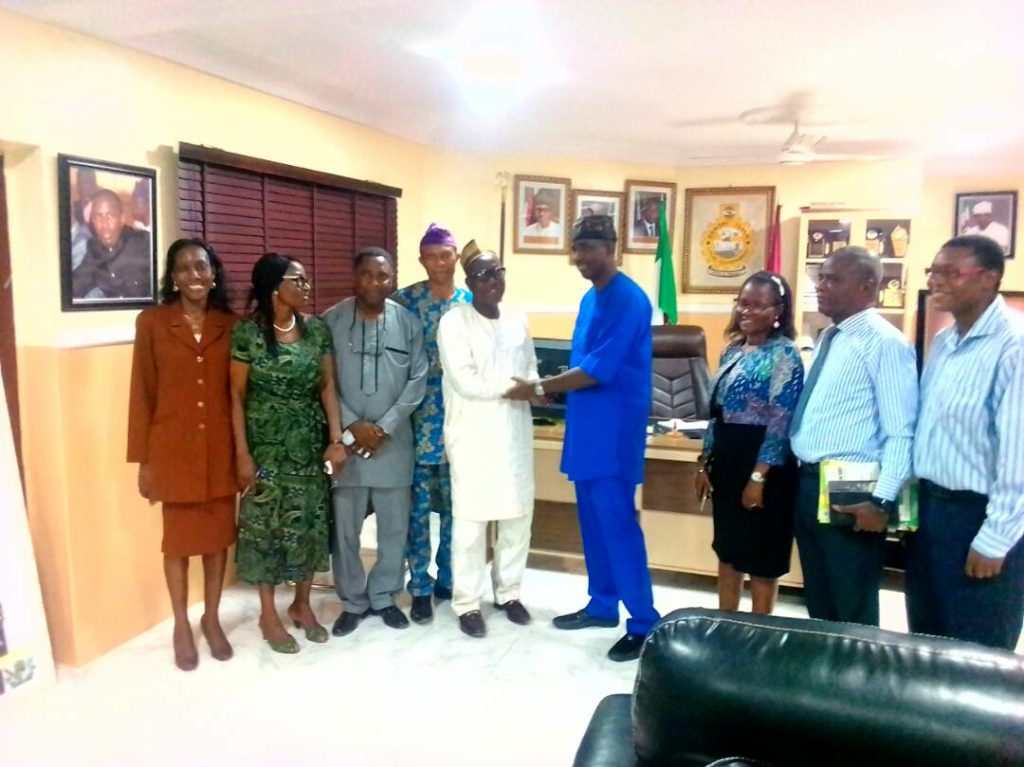 The National Orientation Agency (NOA) has urged the government of Oshodi-Isolo to sensitize the public on the government’s core values that are paramount to the society.

Speaking during the courtesy visit of the Agency to the local council, the State Director of NOA, Waheed Olalekan reiterated the importance of sensitizing the public on government’s core values which includes fighting against corruption, peaceful coexistence, security of life and properties amongst other values.

He revealed the need for synergy between the agency and the local government on the sensitization exercise just as he commended the Oshodi-Isolo Local Government Chairman, Hon. Bolaji Muse-Ariyoh on his support towards the activities of the agency.

Responding, Ariyoh appreciated the visit and the laudable works which NOA has been doing at National, State and local government level.

He assured the agency of further support, indicating willingness to partner with the agency on its programs towards making the society better and the environment worth living.

The agency presented the local government with souvenirs for reproduction and distribution to public, creating awareness over the communities.