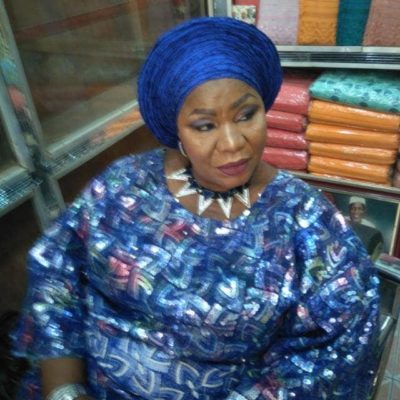 The Iyaloja of Folashade Tinubu Ojo market, Oshodi, Alhaja S. E. Adeyanju popularly addressed Shocopao has disclosed that the local traders would be at ease if the proposed foreign exchange (Forex) between Nigeria’s naira and China’s Yuan could be realized.

According to her, the long awaited currency transaction cost intervention has been the dream of many importers in Oshodi market as they looked forward to direct trade with the China without using dollars.

She said that the Central Bank of Nigeria (CBN) and Peoples Bank of China (PBOC) swap is expected to reduce currency transaction cost for importers and ease foreign exchange (Forex) liquidity pressure.

“We no longer possess the import, distribution power of goods within Oshodi market because of exchange rate of naira to dollars for goods purchase in china.

“The foreign exchange between Nigeria and China is a dream that must come true as the volume of forex interventions in the local market needed to fulfill import demand has been put in place.

“Having China as a major trade partner, the bilateral currency swap would be beneficial to the economy in several ways.

“Since almost 70 per cent of the goods imported into Oshodi comes from China and Asia, one Yuan can now be bought for 56 naira and import goods directly which is relatively cheaper than one dollar which goes for 350 naira.”