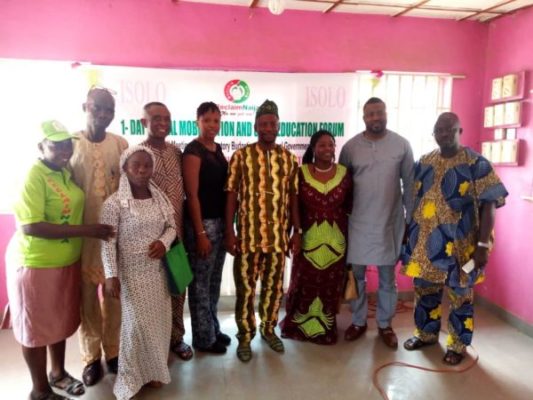 The meeting which was tagged “Town Hall Meeting on Participatory Budgeting at the Local Government Level” was organized recently at the Inajulewa Events Centre, Isolo to educate the residents on their rights and duties as citizens and to ensure that rightful projects are executed in the communities.

Speaking, the representative of CLP, Mrs. Zainab Dauda, stated that the non-governmental organization intended to improve community way of life with that type of program and that such has been conducted across Lagos state and some states in southwest. 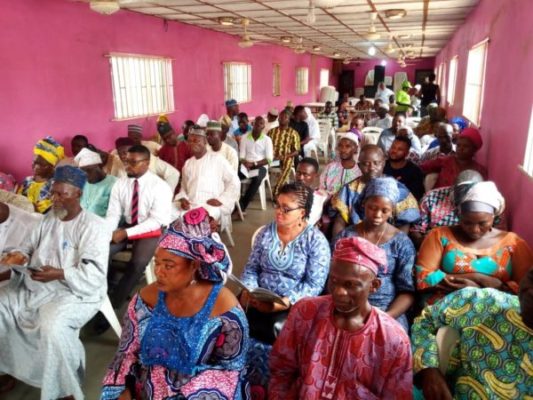 She explained, “We have a vision that we are seeing beyond the way our country is going. We want comfortable lifestyle for the people at the grassroots, they should be able to live in a way that there will be no discrimination.

“We want the government to do what the people really need and not drilling of borehole for people who direly need good road network. We want them to stick to the people’s priority.”

Addressing a question on if there’s enough room for youth participation in government, she said, “We can say yes and say no because if youths are being given the opportunity, do we have youths who want to stand? Do we have bold youths that can politically be a threat to the government? Because it’s believed that the youths are lazy and it’s obvious that they are not. 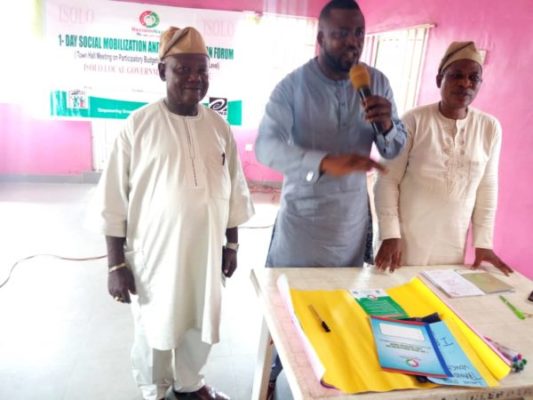 “We want the youths to showcase their temerity and offer their potentials for the betterment of this country.”

The Secretary of Isolo Community Development Committee, Segun Olatunde, established the fact that the community needs improvement in the area of the availabilities of social amenities by the government.

According to him, it is their civic entitlements, but such could not be achieved if the community residents don’t play their parts by getting government to do what they need.

He said, “There’s no doubt that we want things to improve in our country, in our community. We want constant electricity, good roads, good hospitals, good schools and houses for all, but, we don’t want the things to be too expensive.

However, he urged the people not to be apolitical, clear the notion of inferiority complex and assist or challenge the government if the need arises.

“We can do something as citizens and help the government to improve our poor living condition. We must join hands to make sure that government provides our basic and social needs; the money they get is public funds and it must be used to cater for the public.”

“We need to stop the practice where we only come out every four years to vote during elections and then go back home and leave the elected officers to govern us as they like. So, it is not enough to participate in elections alone we need to use our voice to make sure the government work for us by speaking our mind and making sure we are listened to,” he submitted.

Also speaking, the Leader, Legislative Arm of Isolo LCDA, Hon. Remy Shittu Remy, expressed his satisfaction about the program, saying it was enlightenment for the people.

He noted that it would make the government place priority on people in the next year’s budget planning.

He said, “This program is so good, it has given the people the much-needed opportunity to know their rights and to also show them how to question the government where they haven’t performed. Another good thing about this program is that it has carefully outlined areas of concentration for the local government when planning the next budget.

“The people have also been encouraged to pay their tax and we all know this adds up to the income of the government. It has also boosted the sense of belonging of the people by making them realize that they can set agenda for the government. I’m optimistic that this program will yield positive and desired response from the government.”

The Head of Department (HOD), Agric, Mr. Lekan Otukoya, also confirmed that the program would greatly help the council government in planning 2019 budget.

He added that the program would assist to create awareness and sensitization of the community to know their rights and responsibilities.

Present at the program were Isolo CDC Chairman, Alh. Fatai Abisiga, League of Imams in the LCDA, Christian leaders, market women, Artisans and others.