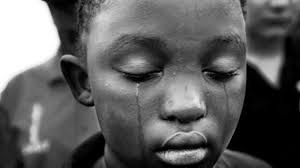 A 15-year old girl, who was subjected to hard labour by her guardian has been rescued by a naval officer while wondering around Festac area of Lagos State.

According to reports, the victim, Chisom complained that her guardian, Immaculate, usually woke her up at 2am to fetch water from the next compound, after which she did some other house chores with several beatings.

Tired of the routine exercise, the victim absconded her guardian home’s at Ifelodun Street, Off Sadiku, Ilasamaja, Isolo, roaming about at Festac in search of comfort.

Echonews gathered that the CPN officials have taken steps to rescue the girl, taking possession of her while trying to make sure the girl abuser gets the deserved punishment.