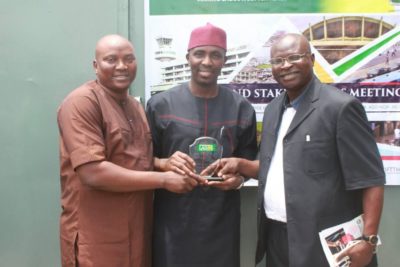 The Chairman, Oshodi-Isolo Local Government Area (LGA), Hon. Bolaji Muse Ariyoh, has been honouned with an award by the Environmental Lagos Platform, a non-governmental organization (NGO) that sees to the environmental issues across the state.

The award, according to the organization, was given based on the proactive and prompt response of the local government boss towards environment issues which could be hazardous to human health.

This was raised having been consciousness that landfill gases do not remain on site when released in the air but escape into homes and other buildings through windows, doors or through soil underground causing problems that can be acute or chronic to the health. 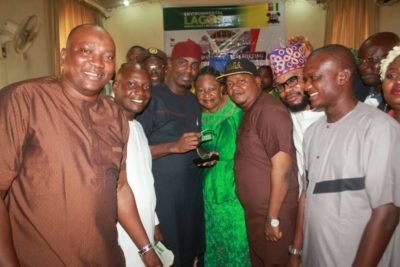 Speaking, the initiator of Environmental Lagos, Alex Omorodion, eulogized the proactive attitude of Oshodi-Isolo LGA boss towards issues raised at the platform and urged others to emulate such attitude.

Consequently, Ariyoh was honoured with an award at the gathering for being quick to respond to the issues combating environmental health.

Responding, Ariyoh thanked the organizers and dedicated the award to God, environmental staff and the entire cabinet for their support.

He said, “The reward of success is more work, keep doing your job in the right way, one day someone somewhere would appreciate you.”