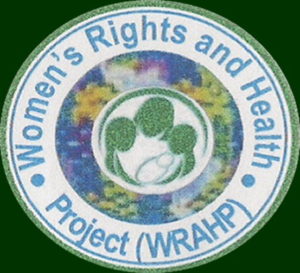 , a Non-Governmental Organization (NGO) located at Egbe Road, Ejigbo has taken the fight against cancer to the grassroots as it partnered Aspire Coronation Trust (ACT) Foundation to sensitize the people of Ejigbo, Ikotun and Igando areas on the need for preventive measure in combating the endemic nature of cancer in the society.

The programme was designed to examine men and women who are mostly low income earners alongside health education given to them.

The women were checked for breast and cervical cancers while men were screened for prostate cancer.

The Executive Director of WRAHP, Rose Ironsi, who was represented by the Programme Officer, Yvonne Eweka, told the participants that though cancer was a terminal disease, early detection could lead to treatment at a very minimal cost and death could be averted.

She said, “The issue of cancer is everywhere that is why we are creating this awareness. “We want people to get screened and know their status. Cancer is a terminal disease but early detection can be treated and the patient saved. We are screening men for prostate and women for breast and cervical cancers. We were in Ikotun and Igandu two days ago and today we are concluding with Ejigbo LCDA.

“There has been huge success because we discovered that some people wanted the screening but had financial challenge and because the screening was free we had a very impressive turnout.”

The Vice Chairman of Ejigbo LCDA, Dr. Olatunde Olusunmade, said that the pragramme was timely considering the pains that cancer has brought to many in the society.  According to him, the policy directive of government states that it is better and cheaper to be involved in cancer screening considering the low social-economic status of majority of Nigerians.

He emphasized that at early detection of cancer one could achieve cure as well as control with minimal amount of funds. “You can achieve pre-diagnoses of cancer. Apart from the screening there is also health education and people are aware of the kind of life style that predisposes the development of cancer in the environment.”

One of the beneficiaries of the programme, Babatunde Paul, who spoke with Echonews was screened for prostate.  He was very impressed with the programme because he got health information which he promised to pass to his friends and relatives.

“I am very happy for something like this not only in Ejigbo alone but in the whole nation as it is a program that can help act against the occurrence of cancer which everyone knows is a very delicate disease. “A lot of us have been told how to prevent cancer and I believe it would sink well in the minds of everyone today. All thanks to those who made this event possible. I thank them all.”