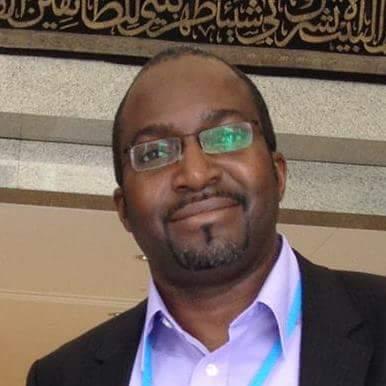 Two years after the death of the former Lagos State Deputy Speaker, Hon. Farouk Adegboyega Oshodi who served between 1999 and 2007, none of his children has taken active role in politics. However, in this interview with Echonews Editor, Abolaji Adebayo, the third born of the late politician, Ademola Oshodi, said the foundation of the developments being enjoyed by Lagosians today was laid by his father and other politicians led by Asiwaju Bola Ahmed Tinubu. Exerpts:

Since your father, the former deputy speaker, Hon. Farouk Adegboyega Oshodi died two years ago, how has the family being fairing?

First of all we will like to thank God for our father’s life and the wonderful achievements he left behind, including his family and his impact to his community immediate and larger.

His family is in a great shape we thank God! God’s mercy and blessings have been prevalent.

What is the major vacuum the death of your father has created in the family?

His absence has been tremendously felt. We miss him very much. But he left us with a legacy and name we all hold esteem high.

Late Oshodi was known to be a great politician in Lagos State, since his demise, none of you his children has been seen in the political arena, why? 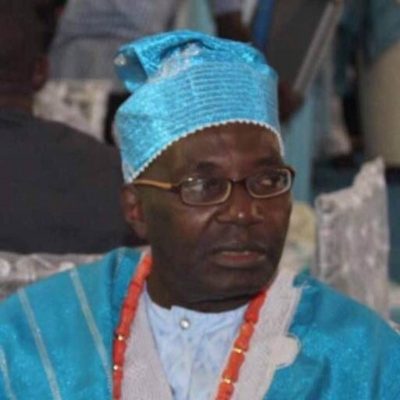 Does that mean none of you is threading the political path of your father?

I did say we have budding politicians in the family. They just haven’t grown to recognise or found themselves yet. I am sure all large families have members with political interest in them. The key is to determine the best way to contribute to society.

How would you describe Lagos politics when your father was in the game and now?

Lagos has changed for the better! My father worked for the success we are enjoying now. His contributions, with that of the many people he worked with, including Asiwaju Bola Tinubu and many others, have made the State the shining star that it is now. They laid the foundation.

Can you expatiate on the foundation you are talking about?

The foundation relates to the great work laid down by Asiwaju Bola Tinubu. He is the father of the modern and successful Lagos we all enjoy now. We can only build on his idea, blueprint and structure.

Do you think present politics is worth practicing?

Politics to me is another means to contributing to the development of your community. Politics in Oshodi-Isolo, Alimosho, Ikeja, or anywhere else is a step towards that. As long as we have checks and balances and people are held accountable, we should all seek to make our community better by playing a meaningful respectful role.

What can you say about your father as a family man and as a politician?

My father was often referred to as “Baba awon omo é.” He loved his children especially. We are grateful for that. Our father taught us the virtue of love, family, and good education.

What can you say about him as a politician?

Alhaji Farouk Adegboyega Oshodi was a benevolent man, a giver, and a man of the people. He worked tirelessly for his people, moving from being a party financial secretary NPN Lagos, to Mushin and Oshodi-Isolo local government politics, to being Majority Leader and later Deputy Speaker in the Lagos House of Assembly. He would have gone further if not for age.

Assuming you are given the mandate to lead in the Lagos politics, what would you like to change in the politics?

Me? Wow! I feel humbled by that question. Again, I believe you do not need a mandate to make a change anywhere! Ask Ghandi, Martin Luther King and Terry Fox, just to mention a few. But if I were to enter into the fray and change something, it will be how we hold anger and bitterness towards our political foes. We should promote how Asiwaju Bola Tinubu forgives in politics.

Are you thinking of joining politics any time soon?

I want to believe I am already in politics but not a politician. I am definitely passionate about politics and fascinated by people in power. If I believe I can make a difference to my community by entering politics and people believe they need me, why not! But right now I love my job.

What do you do for now? At what level do you think you can leave your job for active politics?

I am happy and excited doing what I am doing now. Truly love it. I have been able to assist family, friends and many others. Politics to me is to help and make improvements on lives. I am doing that now and satisfied.

Looking at the local governments politics especially in Oshodi-Isolo, what can you say about local governance?

Lagos has expanded and so has Oshodi-Isolo. Politics in Oshodi is now more dynamic and unpredictable. This has its challenges and opportunity. I believe the local government is set to be even more important with the completion of the huge and strategic renovated Oshodi traffic bypass. It will bring more revenue, uplift property value, change of face of the community, and ease movement. It will be an exciting change.

They have been supportive and generous. Life moves on though and so do people but they have been gracious. They honoured him well on his passing and remind us to always to emulate him. We are thankful.

Do they still relate, visit you the family members especially the children of the late politician? In what ways are they supportive to the family?

They have been supportive in many different ways. We are not complaining and I hope I am speaking for the rest of my family. Again life goes on. Our father did not expect us to be dependent on his friends and associates, just in God.

How do you celebrate death anniversary of your late father?

Our family performs prayers and gives to charity during the anniversary of our father’s passing. I am hoping we can start a charity in his name in the near future, something that will represent his values and wishes.

The anniversary was April 23rd. We had prayers and gave to charity. God is good!

Can you tell us fully about yourself including what you do for living, your education, your position in the family, etc.?

I am Ademola Oshodi, third of 15 children. My background is in development. I am also an aide to Asiwaju Bola Tinubu. But most of all I am husband and a father of two wonderful children.