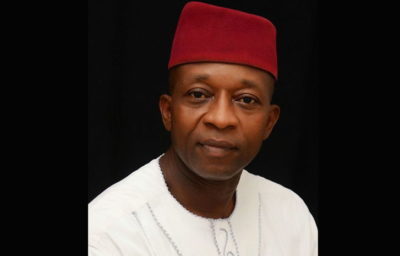 There were mixed reactions today as the lawmaker representing Oshodi/Isolo Constituency 02, Hon. Jude Idimogu alongside the Chairman, Isolo Local Council Development Area, Hon. Shamsudeen Olaleye, summoned a stakeholders’ meeting to deliberate on whether the embargo laid on okada operation two years ago in Ajao Estate be lifted or sustained.

While some believed that the cancellation of the embargo would relieve the commuters especially the students of the transportation challenges faced on daily basis, others argued that the permission of okada operation within the community would pose more security challenges.

Echonews learned that majority of the members of the estate especially landlords, residents and community leaders had prior to the meeting which was held at the council hall, deployed several forms of correspondence to vocalize their yearnings for cancellation of the ban which they not only claimed had had costly effect on commercial activities but also on transportation within the vast estate especially for students and lowly commuters.

However, stern supports were given to the upholding of the ban by some faction of the community who had cited indiscipline and other acts of insubordination from the okada riders as well as insecurity of lives and properties as the major reasons why the ban should be upheld.

Meanwhile, reeling out the initial cause of the ban, the Secretary, Ajao Estate Community Development Area (CDA), Engr. Segun Fasina who spoke with Echonews, claimed that the ban had been unfairly imposed on the riders in the community.

He also noted that no life was lost in the faceoff.

“The incident happened back in 2016 when an armor tank belonging to the police got burnt in canoe area (outskirt of Ajao Estate). So, since then, the Area Commander recommended a ban. They only stop Ajao Estate; Okada riders are operating in other nearby communities. No life was lost in the incident. We don’t know who burnt their vehicle, even okada operators in Ajao ran away when the fracas broke out,” he hinted.

Others who wanted the ban lifted included the Secretary, Awoniyi Elemo CDA, Adesegun Olatunde, and the Chairman, Motorcycle Operators Association of Lagos State (MOALS), Oshodi/Isolo Zone 2, who highlighted all that had been put in place for a perfect motorcycle operation in the community.

He disclosed that the association has been working towards setting up a task force to monitor the activities of the okada riders within the estate.

He said, “Ajao estate is a typical industrial area, the lowly residents are suffering in terms of commuting within the community. The motorcyclist don’t actually transport people to their final destination, they either stop at the entrance of the street or by the roadside. This is one of the reasons we want the ban to be lifted.

“All that happened in the past had been internally reviewed and we have made some vital arrangements. We’ll set up our task force, the council will be involved same as police operatives. Whosoever intends to operate okada must present two guarantors and provide basic information about him before he could be registered. With all these being in place and others, we believe high level of orderliness will be maintained.

“It will even be easy to identify external motorcyclists who have come from other areas because our riders will be given jackets for easy identification.

“Some graduates have remained jobless since the effect of the ban. In fact, some business have been forced to close down because their major customers are motorcyclists, school pupils trek tirelessly to and fro their schools since their parents can’t afford the costly fares of motorcyclists. We are pleading to government to considerately look into all these and lift the ban,” he concluded.

However, some others who maintained that the ban should be held based on security reason included the former Chairman of Ajao Estate CDA, Barrister Leo Ikeagwu.

The Chairman, Police Community Relations Committee, Ajao Estate chapter, Don Ebunna relayed that the sudden review of the ban was nothing but for political reason, as far as 2019 general election is concerned. He stressed that for over two years which the ban had taken effect, the community had been peaceful, even the police had little security threats to worry about.

After calming the opposing parties on the issue, the Council Chairman, Hon. Shamsudeen Olaleye declared that the essence of the meeting was not to impose the LCDA’s position on the people as regarding okada operation, maintaining that whatever the resolution made in the meeting will be the decision of the government even though, the issue seemed to have been politicized.

Also, the convener of the meeting, Hon. Jude Emeka Idimogu, who revealed that he has been put under intense pressure since different groups of people had approached him saying they wanted okada back while some strongly wanted the ban to be upheld in the estate.

He stressed that the meeting had been organized for the people to express their individual opinions on the subject from which resolution would be deduced, stressing that the government would not dictate to the people, the position the representative from the state ministry of transport, Engr. Olabanji Olatunbosun also affirmed.

Subsequently, a 9-man panel was fairly set up from the stakeholders for further review and reports on the crucial subject of discourse from which resolution and reports would be deducted upon the presentation of report in a month’s time, according to the lawmaker, Idimogu.