Man makes N300,000 monthly paddling canoe across canal in Isolo, pays no due to govt 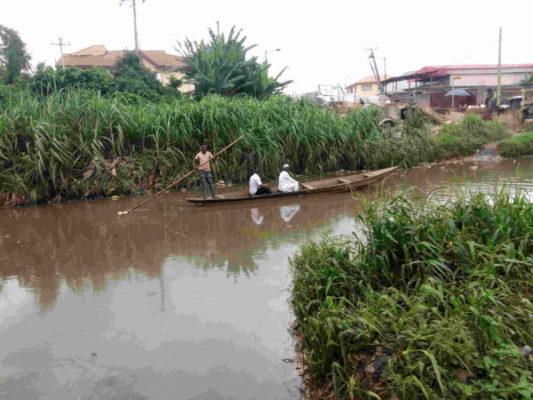 For every passer-by going from Isolo Secretariat axis to Ajao estate through Answani Mechanic Village, they have to cross Canal not with their legs but with canoe.

As a passenger, one has to pay N50 to cross the canal to the other side, while the paddler makes about N10,000 per day, cumulating to N300,000 in a month through this venture.

Speaking with Echonews, the sole paddler of canoe at the Canal revealed that the controller of the business pays no dime to the government as due.

He said that the owner of the canoe whom he (the paddler) works for is a son-in-law of the monarch, taking that advantage to make such money from the Canal without paying due to the government excepet the little paid to the community. 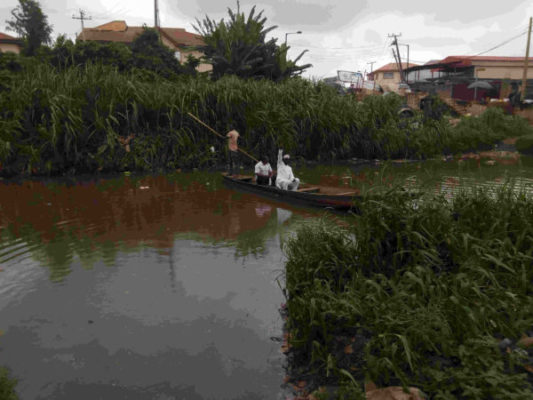 The paddler, who wants anonymity, disclosed that an attempt to build bridge over the canal for people to cross freely was rejected by the owner of the business and Landlords of Ajao Estate, who claimed that armed robbers would invade the community if there is bridge over the canal.

The paddler himself said he didn’t want bridge to be built over the canal as such attempt would render him jobless.