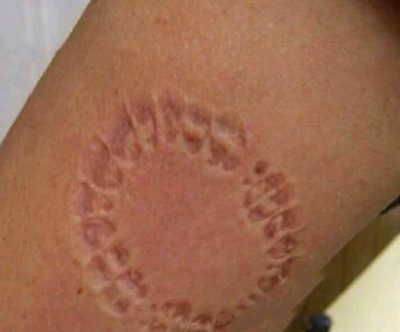 A magistrate court sitting in Isolo has on Wednesday sentenced a 28 years old man, Kingsley Richard, to four years imprisonment for stealing and biting a boutique sales representative, Destiny Dominic, over uncompromising bargain.

During the court proceeding, the prosecutor, inspector Oje Uagbale, made it known to the court that the defendant had on Tuesday, June 13, 2017, under false pretense to be a serious buyer, approached a boutique at 19, Ajao Estate where the complainant served as a sales representative.

He explained that having selected the wears and agreed to pay, the shop owner sensed that his customer, Richard wasn’t willing to pay based on his abnormal bargaining attitude which forced the complainant to question his motives.

He said that Richard however disclosed his intention that he had actually come to kill her as he strangled her and bit hers severely, causing laceration on her body.

He narrated, “The defendant had entered the boutique with a false intent to buy wears. He selected some clothes and after fair bargain, the complainant agreed to sell for him. However, he insisted that someone was bringing the money for him.

“After forty minutes of no positive outcome, the complainant was forced to question Richard’s initial motive and before she could know what was happening he had strangled her neck and bit her on the forehead.”

Explaining further, the prosecutor said that Richard confessed to have actually come to kill the seller but the timely intervention of passers-by saved the complainant from the grasp of Richard after he had assaulted her by biting her on the forehead.

“She was rushed to the hospital while Richard was handed over to police operatives from Ajai Estate Division”, he concluded.

After several cross-examinations and verification of facts which has sprang across a year, the magistrate, Hon. E. O. Teluwo who took over the case from Hon. A. O. Ogbe pronounced Richard guilty of two count charges of felony to wit by strangling and assault, offences punishable under sections 404(2) and 171 of Lagos State Criminal laws, 2011, respectively.

Richard was, however, sentenced to two years imprisonment for each of the offences as the jail terms are to be served concurrently with hard labour.