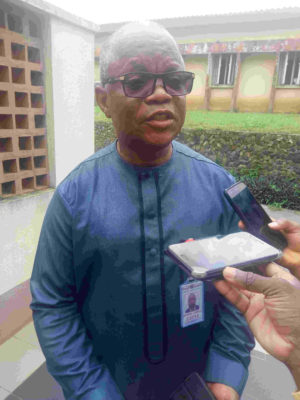 Sensing the decline in the rate of breastfeeding across the globe, the management of Isolo General Hospital has warned against the dangers inherent in substituting breastfeeding for unnatural feeding culture.

Addressing the participant mothers at the 2018 World Breastfeeding Week with the theme “Breastfeeding: The foundation of Life” organized by the Hospital, the CEO/Chief Medical Director, Dr. Akhabhoa Godwin Anetor, noted that the anti-breastfeeding culture, if not curbed, would affect not only the child and the family but the entire nation.

Anetor , who analyzed the benefits of breastfeeding over the use of Formular, said apart from re-energizing the mother after delivery, six months exclusive breastfeeding also serves as contraceptive to prevent untimely pregnancy. 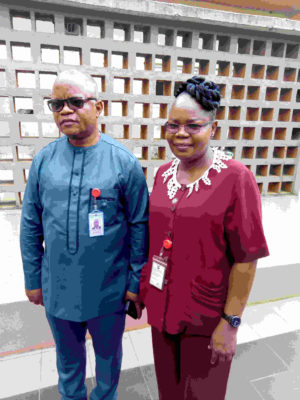 He added that it equally makes the bay healthier and sound, reiterating that six months exclusive breastfeeding is the best for the health status of the child and the mother alike.

On the financial aspect, the Hospital Boss explained, “It helps the husband and the whole family to save money which would have been spent on chemical man-made food for other important things. It also saves the money to be incurred on baby’s sickness as a breastfed child is healthier and immune against some illness.”

On whether there is means of enforcing the culture on every mother, Anetor said since it is not an offence punishable under law, the stakeholders could only sensitize the family on the social, economic and health benefits of the exercise. 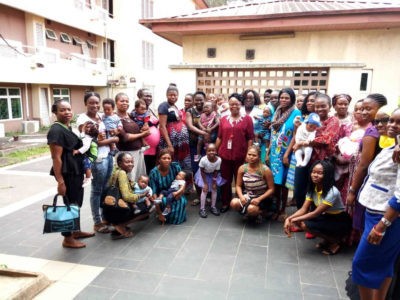 “That is why in our hospital here, we make sure that every mother who delivers a baby breastfeed the baby within one hour of delivery unless if there is any complicated issue that can prevent that. And even at that, we try to rectify the issue and make sure the baby is breastfed.”

The Chief Medical Director therefore appealed to the government to mandate every hospital and health center to organize such sensitization programme on the benefit of breastfeeding in their various centers.

Also speaking, the Hospital Apex Nurse, Mrs. Boateng Elizabeth Omoyeni, breastfeeding is not a choice but responsibility to the child, the family and the whole society.

According to her, the breastfeeding, which is celebrated worldwide every first week of august, is to showcase the social and financial benefits of the exercise. 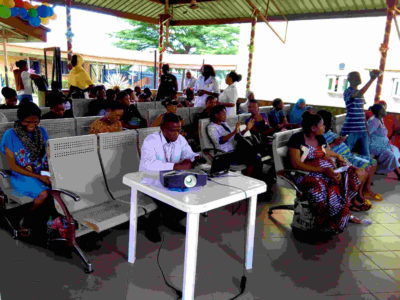 Educating the mothers on the nutritional requirements of pregnant women, the medical service providers, who analyzed the importance of nutritional intake during pregnancy and lactation, explained that 15 per cent of protein is required as well as certain amount of other nutrients such as fat, vitamin, calcium to make the baby strong iron, and iron needed for the expression of maternal tissue. 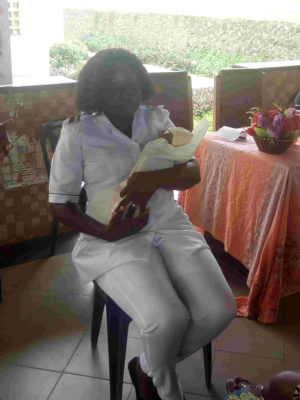 A nurse demonstrating proper positioning of child for breastfeeding

The mothers were also educated on how best to position the babies while breastfeeding them.

It was expressed that certain types of exercise are necessary for the pregnant women as those present at the programme were taken through some exercises.

The participants were told that the best for every pregnant woman are walking and swimming as they were encouraged to always engage in exercise.

At the close of the programme, prizes were given to the best breastfed babies, who ere judged by their weight.