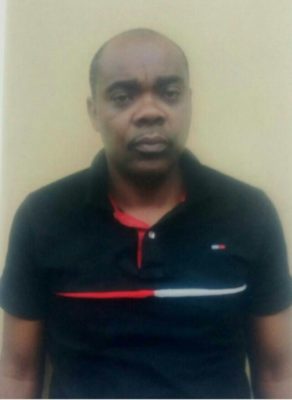 What appeared to be a clever plan to swindle a business colleague has landed a businessman in trouble after he was nabbed and dragged before an Ejigbo Magistrate court for fraud.

The 47-year old alleged swindler, Uzoma Chike and other counterparts who are still at large were reported to have deceitfully obtained crude oil valued at N33million from one James Okolo with a dud cheque, the former knowing fully well that he had no such money in his account.

According to the Police prosecutor, Inspector Onisakin Kehinde, the swindling act which happened on the 13th of February, 2018 at 31 Ariyo Street, Ejigbo is an offence punishable under Section411 cap. C. 17, Vol. 3 of the criminal Law of Lagos State of Nigeria, 2011.

Uzoma pleaded not guilty to the charge. He was granted bail by the presiding Magistrate, Oyedale Komolafe to the tune of N5,000,000 with a surety who must be gainfully employed with three years tax clearance.