Malaria, most common ailment among children in Isolo – Adedeji 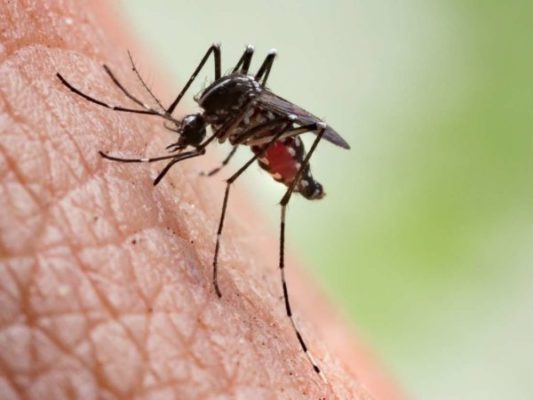 The data released by the Medical Officer of Health, Isolo Local Council Development Area (LCDA), Dr. Ojo Adedeji has revealed that malaria is the most rampant ailment among the children in the community.

According to the data, the council recorded higher percentage of malaria in the total 3,203 children treated across the seven Primary Healthcare Centers (PHCs) in the community last month, May 2019.

Adedeji noted that the major causes of the ailment are dirty environment and lack of basic education among some residents of the community.

According to him, many areas of the community are very dirty as residents throw their wastes indiscriminately without regard for the consequences of their action on their health and wellbeing.

He added that it is due to their ignorance of the epidemic that could break out from their indiscriminate disposal of their wastes which normally resulted to malaria in their children and other ailments even for them as well.

In the same vein, Adedeji said the condition of the PHCs in the community has deteriorated, appealing to the companies operating within the council area to render support for the upgrading of the PHCs as part of their Corporate Social Responsibility (CSR).

Adedeji, who said attempts had been made to get the companies’ support but to no avail, noted that with just N14million, N2million each, all the PHCs would be back to standard as the money would be used to procure the identified facilities such portable water, electricity, furniture and others that are deficient and hindering the smooth running the healthcare centers.

He also identified shortage of manpower in the local council health sector as a major challenge affecting the delivery of health service in the PHCs, appealing to the government to recruit more experts as a matter of urgency.

Meanwhile, when asked the reason for the dirty environment despite having the Environmental Department at the local council, the Head of Environmental Department, Mrs. O. T. Lamidi corroborated the Council Manager, Mr.  S. B.  Odeleye, who noted that the dirty environment was caused by the ineffectiveness of the waste management by the Private Sector Participants (PSP) operating in the community.

According to him, some of the operators, since they were returned to the community, have not been up and doing as heaps wastes are dumped without being attended to.

Odeleye said the environmental workers of the council have been doing their jobs by instructing the residents on keeping their environment clean but the effort is jeopardised by the PSPs.