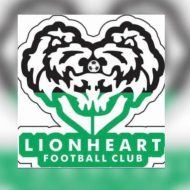 Lagos based Lion Heart FC duo of Akanbi Ayobami Akinwale and Ademola Oladejo Damilare are the newest entrants to the camp of Flying Eagles, following Coach Ladan Bosso’s invitation of fresh legs to beef up his team in preparation for next year’s U-20 Afcon championship in Egypt.

The club known for its capacity in establishment and grooming of players both locally and internationally have served the national team with two of it’s reliable and committed players.

Ademola Oladejo Damilare, an impressive safe hands with Lion Heart, is expected to ruffle shoulders with Nathaniel Nwosu and the host of other goalkeepers for a place in the squad, while Akanbi Ayobami Akinwale an enterprising midfielder, will be proving his might against Daniel Daga and others to stake a claim to a role in the midfield position.

It is also worthy to note, this will not be the first time Lion Heart FC will be attracting the attention of Nigerias national teams, as the club had previously supplied five of it’s underage players to the national U-17 men’s team, the Golden Eaglets.

Club chairman, Samuel Olonade who started Lion Heart FC in Ipaja Ayobo local government area of Lagos state had earlier said, grooming of players is one of the core values of the club and it’s interesting to know that both national teams and clubs within and outside the shores of the country are identifying with them, which is a clear indication that the club in on the right track with it’s set goals and objectives.

Ladan Bosso, thinks the addition of fresh talent will strengthen his team, haven sent home 15 players earlier this week for some logistical challenges.