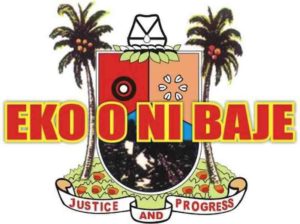 The Lagos State Government has said that it had taken adequate measures towards ensuring a healthy and hygienic abattoir in Ejigbo Local Council Development Area (LCDA), assuring its residents that meat processing would be safe and healthy for consumption.

Addressing newsmen recently, the Commissioner for Agriculture, Oluwatoyin Suarau, made the promise while reviewing reports of the Monitoring, Enforcement and Compliancy Unit at the abattoir in Ejigbo over the seizure of stray animals, monitoring of meat transportation and regulation of veterinary premises.

Reacting to a recent report of likely food borne diseases as a result of some unhygienic meat processing in the state, Suarau debunked the report, noting that the present administration took the issue of food security seriously and was leaving no stone unturned to ensure that foods and not only meats made available to residents for consumption were hygienic.

Highlighting measures put in place by the state government to ensure that only wholesome meat and meat products are consumed in the state, the commissioner said that the state government embarked on upgrading the existing slaughter slab in Ejigbo to a semi mechanised abattoir so as to meet up with other abattoir which have been  rehabilitated to ensure that operations at the complex meets international standard.

He stressed that to further ensure hygienic meat processing and distribution, the state government has put a ban on the use of commercial motorcycles, popularly called, “Okada,” for meat transportation within and outside the Ejigbo abattoir stating that the ministry was continuously enforcing the ban in all abattoirs and slaughter slabs across the state