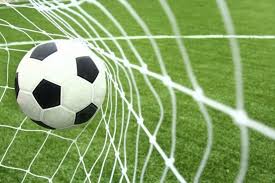 Command Secondary School, Ipaja has pushed it to the final with Effortswill School, Ejigbo having beating Towergate Private Academy, Ipaja at the semi-final in the on-going football competition amongst secondary schools in Lagos State.

With 4-0 goals, Command School pummeled its semi-final counterpart and Cup holder, Towergate which failed to convert several begging chances to turn the tie to its favour.

Both teams in the final would battle it out at the Command School’s Sports Pavilion, Iyana Ipaja.

The Commandant of Command School, Colonel Dogara Ahmed, lauded the organisers of the competition, Wonderland Sports, for providing a platform for participants to showcase their talents.

“Programmes of this nature must be encouraged for us to eliminate social vices and crime in our society. We need to encourage these boys to showcase their positive talents. School owners and parents must embrace sports and must start from schools. Some of them could become famous sportsmen in future”, Ahmed remarked.

The track and field event for primary and secondary schools would feature boys and girls, competing in events such as Long-Jump, High-Jump, 100 metres, Tug of war, 400 metres, 800 metres, Shot put, Discuss, Filling the Bottle, 25 metres, 50 metres and March past.